Reel Palestine: A precious look into the story of Palestinian cinema Reel Palestine: A precious look into the story of Palestinian cinema

Cinema has been in my life as long as I can remember. I am the daughter of a man who has a passion for film, and I have inherited his affection. My father would have loved to have been a director in an alternate life. Some of my earliest memories are of films coming to our home. I used to relish picking up the packed films, flipping to the back, and reading the summaries. Many of them had an 18+ (R) rating, so although I couldn't watch them, I knew their story, and I knew the actors by heart. Film is such a wonderful medium for looking at life and ourselves. We learn through the stories of others, whether real or fictitious. Even if we've never experienced a storyline, we feel the highs and the lows, the adoration and heartache, the unlimited opportunities and the challenges.

Discovering the world of independent cinema and cinema houses in the States was a real turning point for me. I loved the access to films from around the world. Each had a different voice from the mainstream, and the eye-opening documentaries were gems in their own right.

So, of course, it was such a pleasure for me to hear about Reel Palestine, the film festival that showcases Palestinian films and takes place annually in Dubai. I adore the dual meaning of the name, 'Reel Palestine.' The festival's purpose is to uncover a 'real' sense of Palestine through the medium of film 'reels.' Simply poetic. So, naturally, I was delighted when I got to meet the team that pulls this incredible festival together.

Many of the Reel Palestine are volunteers, including Amira,  who was kind enough to speak with me and share the story of Reel Palestine's journey. I will be sharing her words with you almost verbatim because really, there is so little to change about how she intelligently and sincerely said it herself. I hope you enjoy it and are touched by it as much as I was.

It all started with Dana Sadeq, one of the founders of the Reel Palestine film festival. She was watching the news and got a sense that she wanted to expose more about Palestine, and celebrate the Palestinian identity. She expressed her desire to Nadia Rushdie and Nour Husseini, and they all decided to do a pop-up film festival in 2015.

From there, they worked on building relationships and curating films, growing into the team they are today. Amira herself joined four years ago as a volunteer. Ali Abotteen is now part of the team as well. And, Baha' also, who turns out to be related to me! The group of six came together through their shared passion for film and they all took days off to watch the films during the DIFF/Dubai International Film Festival. They knew that film was a sure-fire way to deliver a message that reaches the soul. A message that shows Palestinian culture, heritage, and identity transcends far beyond what is portrayed on the news. Here are the 5 of the 6 member Reel Palestine Team Reel Palestine started as a nonprofit in concept with one mission, which was to cover raw costs and grow at the same time. Amira's role was to look at the festival's development and to see what ideas and initiatives could help cover this cost. That's how the Reel Palestine Souk/Market started four years ago in collaboration with other Palestinian artists. All dolled up in the dresses of different areas They were open to collaborations with other film festivals. They also collaborated with Visualizing Palestine/ VP, which is an incredible organization in its own right. It made sense as they had the same vision and were reaching out to the same audience. Reel Palestine uses film to spread awareness through storytelling, and VP does it through infographics. They also collaborated with Ya Hala Studio that produces vintage posters and frames that represent Palestine and with that partnership tapping the same audience and cause again. The vintage work presented by Ya Hala Studio AlAqsa the first Qiblah before the Kabah

Amira spoke on how the volunteers have fun and, at the same time, are part of creating the vibe of celebrating Palestine and its way of life. Like they went into a dabkeh/dance during the festival or brought knafeh/dessert to share.

There is a clear structure and process behind how Reel Palestine Festivals come together. Dana is the brain and point of contact. She nurtures the network in the film industry and looks into the new films released every year. Ali and Nadia develop and evolve the strategic sponsorships and decisions.  And, Baha' manages the whole event end to end to make sure everything falls into place. Having said that, the entire team brainstorms and reaches out. What an awesome power team.

Anyone who has put an event together knows the number of details and challenges that are part and parcel of making an event run smoothly and successfully. And to think that the team also have jobs and families aside from this beautiful festival. Luckily there is a quiet time during the summer when the members can take time to give full attention to both work and family. Then five months before the event, the excitement, pressure, meetings, and phone calls build again until the festival.

One particularly interesting point that came up was that of the criteria for the choice of films and collaborations. The team check who funded and produced the film as there are some entities they don't want to collaborate with. And, they also work hard to make sure that different types of films and audiences are represented every year, from animations to shorts to feature films, artistic productions and documentaries.

The Reel Palestine Souk/Market is another front where they look to include a broad representation of Palestinian culture. They want to make sure they tell the story of all areas of Palestine, from Gaza to the west bank, and the camps. There is a right fit in terms of purpose and process. They follow that quite carefully to make sure they are providing access to worthwhile projects that genuinely help Palestinians that need support.

Another excellent theme was the organic, open, and alert way that the team responded to ad hoc opportunities that came their way. Such as pop up screenings, whether for the anniversary of the Al-Nakba or Earth day.

Amira spoke delightedly of the natural growth of the audience and with it the demographic from Palestinians to Arabs and non-Arabs. From younger generations even as young as 10- 12 years old to see animations, to elders who would recognize a street they knew and come away in awe. Amira's parents are fans and show up at every screening. How beautiful is that affirmation that the apple does not fall far from the tree? Or shall we say olive? Exciting line up of films

Are you by now all excited and ready to explore a Palestinian film festival or lend your support? If you know of a good film, collaboration, or a good project that should be part of the Reel Palestine Souk, Amira encourages you to contact them. Of course, you can volunteer your time or expertise. Once they have their merchandise up and running again, you can buy their products and use them as conversation starters spreading awareness about a wonderful initiative. Keep in mind one of their main aims is to reach new audiences. And of course, if you are in Dubai, attend and make sure to fill out a survey with constructive feedback. They aspire to get better and stronger with every passing year. They also want to take it to Saudi and Amman unofficially. They want to create Reel Palestine in other cities such as Beirut and are happy to share what they have collected in the past six years.

And here is what beautiful, spirited Amira said on a personal note about her involvement in the festival. "Personally, it is home away from home. During the festival, we always look forward to reconnecting with everything and everyone Palestinian and tell them that their family is here, even it is a scattered one. I have met beautiful people. I am fortunate, I fly into Palestine and see the culture. Those who don't see Palestine, I am helping them to catch precious glimpses, and that fills my heart every year. It takes a lot to pull it together as it is such a big event. We all have families and full-time jobs. I see the impact it has, and the stress goes away.  I will keep doing this, no matter how overwhelming it can be. We will still spread the voice of Palestine, our culture, and our identity. We will show that it's beyond politics and all part of the identity of this nation."

Heartfelt thanks, deep appreciation, and best wishes to the team of Reel Palestine for what you do for Palestine. Thank you for being a part of what keeps us connected and real. And here is everybody who participated. Thank you all!

> The Directors of Palestinian Films Reel Palestine is an annual film festival showing a selection of alternative Palestinian films in the United Arab Emirates. The not-for-profit and volunteer-based organization was set up by a group of friends in Dubai in 2014 and launched its first pop-up festival in January 2015 with the purpose of showing Palestinian culture and tenacity through film, submerging viewers in the beautiful, difficult, emotional, and inspirational moments that occur under occupation. 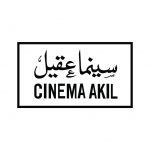 Cinema Akil is an independent cinema platform that brings quality films from across the world to the audiences in the UAE. Showcasing directors and filmmakers across the decades, Cinema Akil aims to create awareness and interest in film and the cinematic arts. Launched in 2014 as a nomadic cinema, Cinema Akil has held over 60 pop-up cinemas attracting over 35,000 attendees in Dubai, Abu Dhabi and Sharjah. In September 2018, Cinema Akil opened its first permanent location in Al Quoz, Dubai making it the GCC’s first arthouse cinema. Cinema Akil’s flagship home is brought to you in partnership with Alserkal Avenue. Cinema Akil is a member of the Network of Arab Alternative Screens (NAAS) which includes members from the MENA region such as Metropolis in Beirut, Zawya in Cairo and Cinematheque du Tangier in Morocco. Follow us into the dark.

Alserkal Avenue is an industrial compound hosting warehouses in the industrial zone of Al Quoz, in Dubai. Recently the area has become an arts and culture district for Dubai with lineup of galleries, facilities and platforms, such as Alserkal Avenue that houses residencies for local and global artists. Hunting the modern world for the old gold.
YaHala Studio archive 🕊
Archive based in Dubai

To Reel Palestine for the contribution of images

Prominent Directors of Palestinian Films
Go back to home