The Painters of the Orient: An Exhibit at the Marmottan-Monet Museum The Painters of the Orient: An Exhibit at the Marmottan-Monet Museum

This gem is an interesting one as it comes within the folds of a not so positive legacy. Let me explain how I feel, as I am no expert of orientalist works of art. I am happy on some level as I know it is of my world and some of it is so familiar and beloved, but then right on the heels of it is a sense of unease, as I can see how the portrayal in enough cases is skewed towards negative stereotypes. So it is with a grain of salt that I share with you the paintings I did like of the orientalist exhibit I happened across when I went to the Marmottan-Monet museum with my sister and niece in Paris. For better or worse this is part of our collective history and is therefore worth understanding in-order to avert its negative effects and move on to a more positive dynamic. The entrance to the museum The effects of Napoleon's Egyptian legacy It was a full house Even one hour before closing

The go-to-expert on this topic is Edward Said, who wrote “Orientalism” in 1978, which became the canon taught and discussed on the subject. His work was mentioned right at the beginning of the book that was published on this exhibit. Said explained brilliantly that orientalism emerged in the 19th century as a construct of the West. The Europeans portrayed the orient through their eyes for their eyes. They created a romanticized and exotic image of a simpler, more innocent people who therefore needed their guiding influence. They also expressed images of a lazy, disorganized and sensual people. Either viewpoint was part of the force that fed political and cultural colonialist action and still does and has travelled from the Europeans to the Americans. It was interesting for me to read again and again how the initial intention behind the orientalist exploration was political. It was not to know or be enriched by other cultures. Therefore, the whole point was to gain power and benefit. It brought home again how the Prophet peace and blessings be upon him emphasized the centrality of intention in shaping the meaning and result of the same action. An intention to have power over an ‘other’ can never bode well for how events and relationships evolve.  To add more salt to the wound, the Orientalist scholars did not distinguish between the countries of the region. The term "Oriental" was used to describe the Middle East and the Near East and the Far East. All of these different cultures were basically lumped into one for the purposes of study.

I didn’t share any of the paintings that portray women in an improper voyeuristic light as I am deeply offended that at a time when their women were all covered up, the Europeans saw fit to portray inaccurately women of just as deeply conservative cultures, if not more, in that disrespectful light. An interesting fact that I learned, was that the accounts of Harems came from two sources at the time. One was the writings of Lady Montagu, wife of Edward Wrotley Montagu, an English diplomat also working as a commercial agent for the Levant Company in the early eighteenth century, who was allowed a visit. The other one was from a book written by Leila Hanoum, the daughter of the doctor at the Imperial Palace in Constantinople in the nineteenth century. Both women actually mentioned how orderly and prim it was and that the women were well supervised and showed shyness. The descriptions evoke a sense of a boarding school. Let’s just say, I am not amused.

On a more positive note, and coming to our gem at the heart of this post, as there most certainly is one... the paintings of architecture and nature were just beautiful. So, what started as purely political and military travel in the wake of the Napoleonic conquests in the Orient, gave way to a wave of the “school of travel” that went to see the orient and document it, if albeit still with impure intentions. Some of my favorites from this phase that also heralded the advent of modern art with its special turn towards the abstract, were the ones on Tunis by the sea and Kandinsky’s “The City”. It's also official, I love anything Paul Klee created. No wonder the Phillips collection that is touted to be one of the most interesting in the world, has so many Klees. It is a note of pride to see the art that was inspired by geometric tiles, Persian miniatures, carpets and other details of the decorative arts from the orient. The details brought the joy of home to my eyes and heart. It's also something to read about how it all began, who influenced who and how the engagement with the orient evolved from silent observers to those who lived among the people of the Orient such as Lawrence of Arabia and those who even married into the culture.

I hope you like the pieces that I chose to share with you. Here is to a world that isn’t divided into two unequal sides; one where there is no “other” just “us” as we share our common humanity. Since we are at Monet's museum Not complete without one of water lilies In case you are curious about what Monet looked like A portrait of Monet by Gerard Fromanger

The Exhibit: Oriental Visions from Dreams into Light

DISCOVER The Painters of the Orient exhibit The Musée Marmottan Monet is delighted to present the exhibition “L’Orient des peintres, du rêve à la lumière” from March 7 to July 21, 2019. Featuring some sixty masterpieces from leading public and private collections in Europe and the United States (the Louvre, the Musée d’Orsay, the Musée des Augustins in Toulouse, the Städtische Galerie im Lenbachhaus, Munich, the Thyssen-Bornemisza Collection in Madrid, the Rijksmuseum in Amsterdam, the Sterling and Francine Clark Art Institute in Williamstown), this exhibition conjures up a journey that will offer a new vision of this painting. 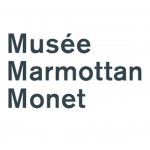 Musée Marmottan Monet is located at 2, rue Louis Boilly in the 16th arrondissement of Paris and features over three hundred Impressionist and Post-Impressionist paintings by Claude Monet. It is the largest collection of his works.

Marmottan Museum's fame is the result of a donation in 1966 by Michel Monet, Claude's second son and only heir.

The nearest métro station is La Muette, on line 9.

The Exhibit: Oriental Visions from Dreams into Light
Go back to home
Srebrenica Museum

2 thoughts on “The Painters of the Orient: An Exhibit at the Marmottan-Monet Museum”