I’ve had an idea for a series of posts inspired by my gallery-run around Washington D.C. It came about as I finally went to see the Phillips Collection that is almost everyone's favorite in D.C. and now I understand why!! It is hands down the best collection of Western art that I have seen so far. Each piece is a beautiful example of the masters of Western art at work. The curators had even selected pieces that I liked from artists whose work I don't normally admire, such as Pollock and Rothko, as talented as they are. 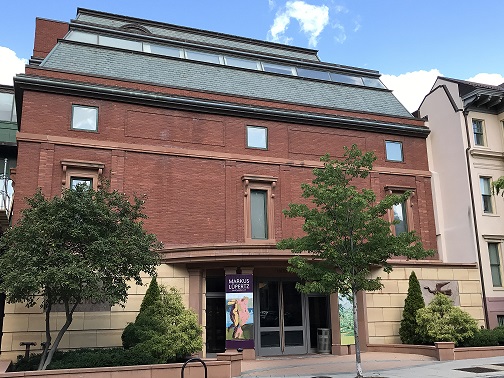 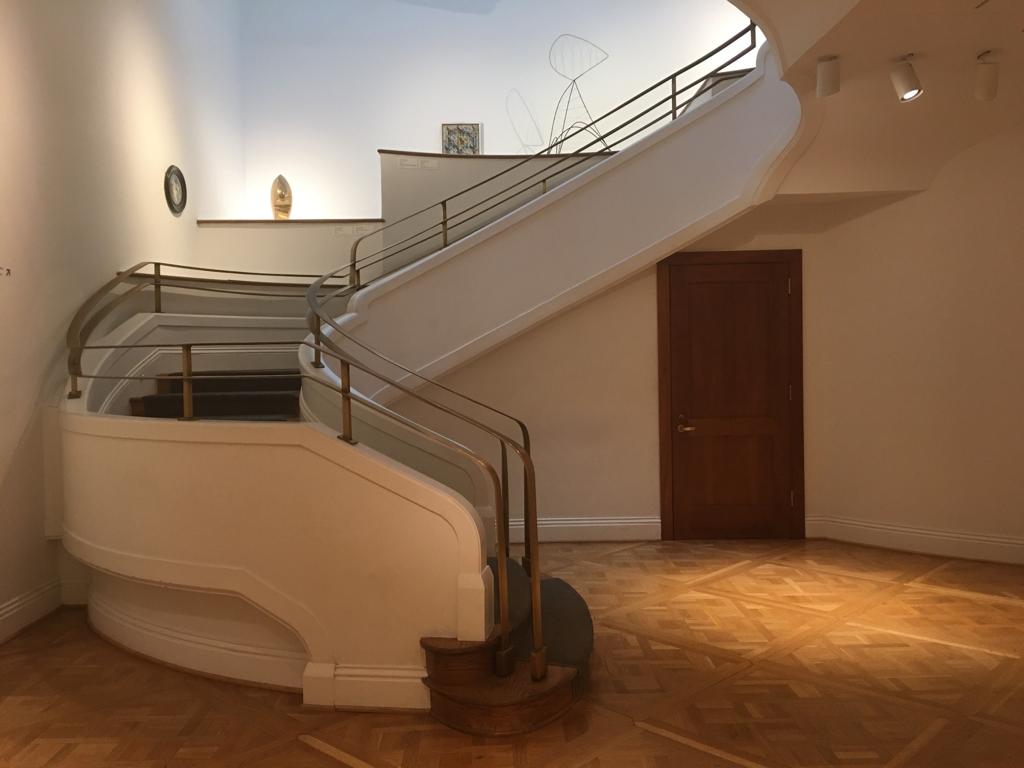 The restive lines of the interior 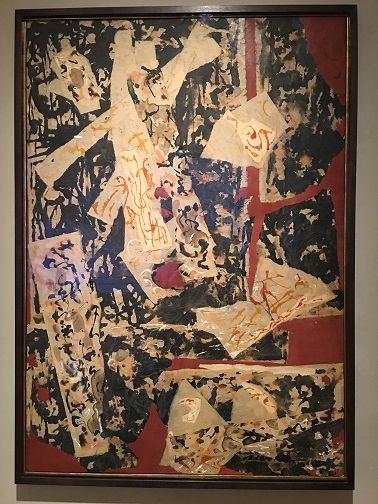 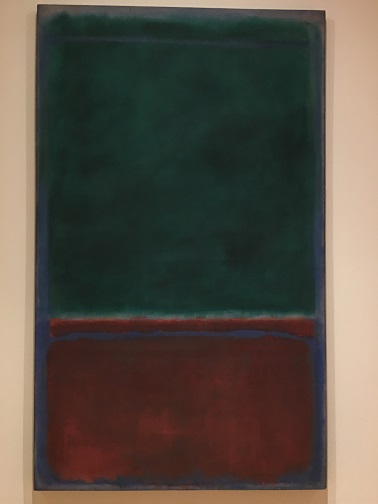 As I walked from hall to hall, taking photos of the paintings I liked, I realized it was getting ridiculous as I was practically taking photos of every piece, lol. What was so lovely was the variety of topics and styles from straightforward impressionist masterpieces to a painting of an operating room! Through it all was a thread of zen elegance that connected the art and gave the gallery a peaceful air so it doubles up beautifully as a quiet sanctuary for the soul. Since coming the first time, I brought my niece to see it on the same day and had resolved to come by every day even if for 20 minutes to soak in the beauty and to stay close by on any future visits to D.C. I went back 4 more times in less than a week as it was the last thing I saw in DC before I headed to the train station. 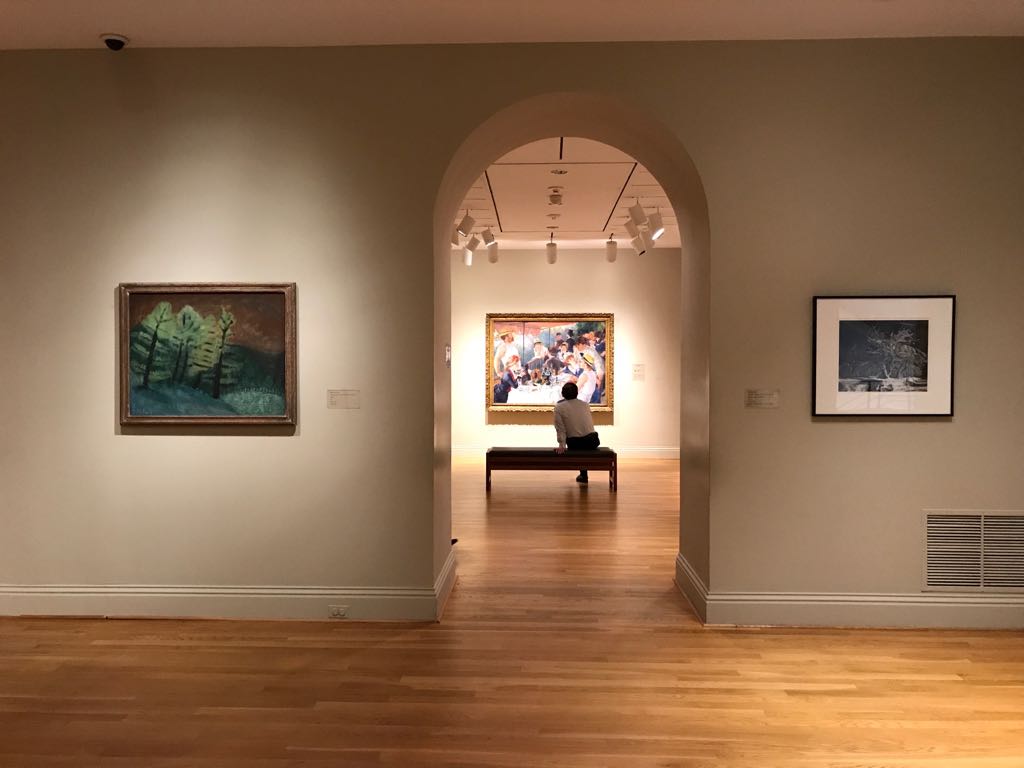 A lovely moment of quiet to contemplate a masterpiece 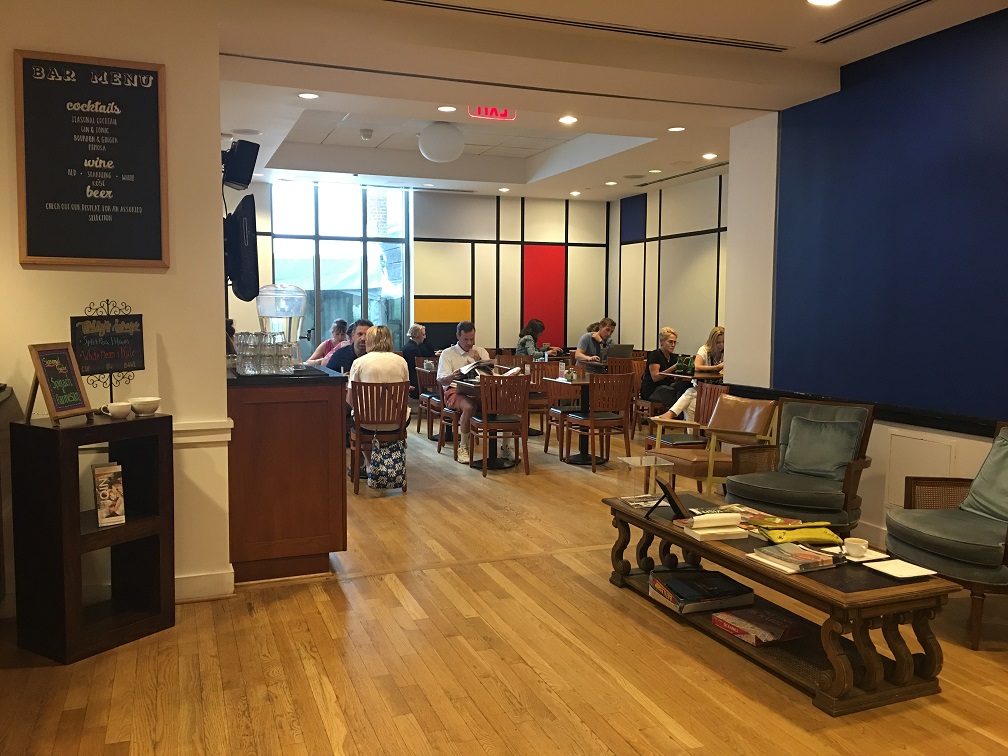 The Phillips Collection was originally the creation of steel magnate Duncan Phillips and his mother, following the premature deaths of Duncan’s father and brother. A couple of years later, just before the originally entitled Phillips Memorial Art Gallery was to open, Duncan married artist Marjorie Acker in 1921. The two worked very closely together and a number of her works were displayed in their exhibitions over the years. Bless these souls like the Phillips who upon building their fortunes champion the arts and make them available for people to see and soar.

Discovering the history to the collection made me more excited to share what I had found, but I was determined to find an iconic Arab gem to celebrate and share.. And, then I saw it, the piece that I was waiting for, a work of art that had caught my eye with its beautiful colors and lovely forms. It was a Paul Klee and the title was Arab Song! The Phillips Collection is not only a magnificent gallery of work, but a heartwarming artistic connection between East and West. 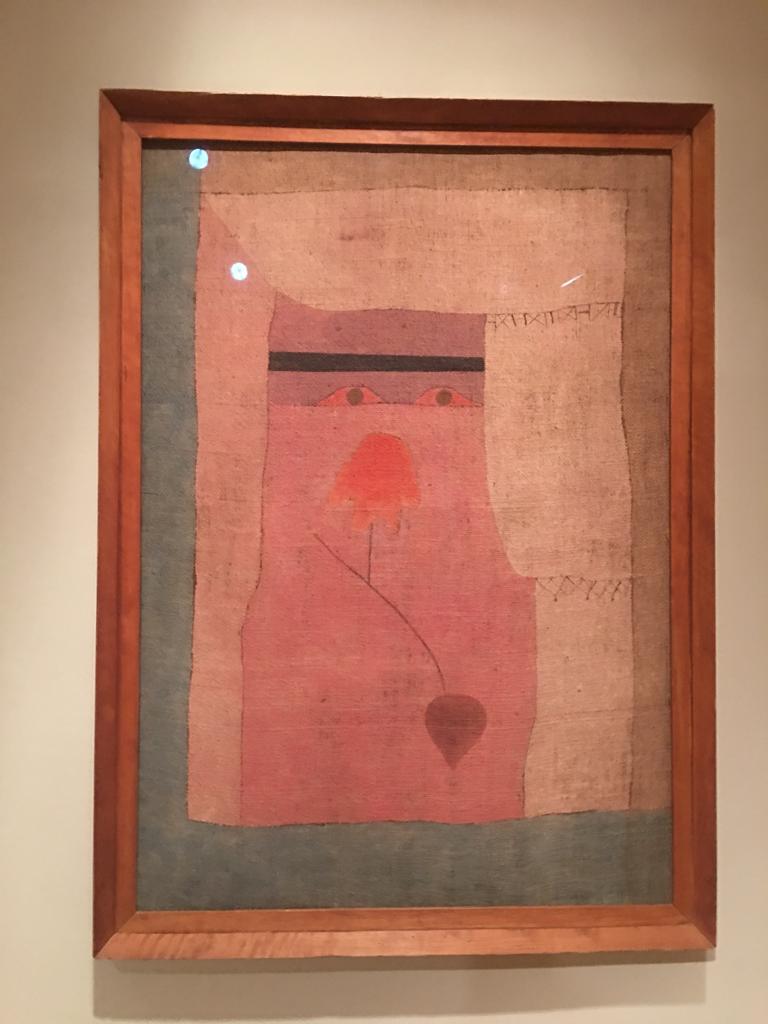 It turns out that Arab Song painting was Klee's tribute to the vibrancy of Arab colors and music after his visit to Egypt in 1928. That was his second visit to North Africa after his visit to Tunisia in 1914 which was a turning point in his art and life as it had awakened him to the potential of color to express the innermost feelings. He wrote in 1927: "This is what I search for all the time. To awaken sounds, which slumber inside me, a small or large adventure in color". Arab song is his ode to the sounds and colors of Egypt. Phillips commented: "With only a raw canvas stained to a few pale tones, he evoked a hot sun, desert dust, faded clothes, veiled women, an exotic plant, a romantic interpretation of North Africa". Arab Song frames both a face and a view through a window of a desert landscape with trees.

I am so happy that I get to share my favorites from the collection with you. I also discovered some new artists at this gallery that have since become favorites and I will be looking out for in the future. I have shared a number of them in this post as well as a very special series on Migration that I took particular interest in as it documents aspects of the astonishing Black American struggle for civil rights. I hope these gems serve as a taster to tantalize you enough to place the Philips Collection on the itinerary if you are ever in D.C.. The gallery is truly worth the visit and you deserve the joy of seeing some of these amazing pieces for the first time in person.

> A Sneak Preview - My favorites

> History of black migration in the US 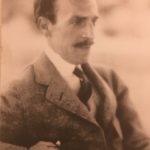 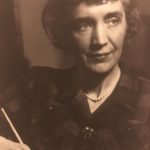 The Phillips Collection was originally the creation of steel magnate Duncan Phillips and his mother, following the premature deaths of Duncan’s father and brother. A couple of years later, just before the originally entitled Phillips Memorial Art Gallery was to open, Duncan married artist Marjorie Acker in 1921. The two worked very closely together and a number of her works were displayed in their exhibitions over the years.

Encounter superb works of modern art in an intimate setting at The Phillips Collection, opened to the public in 1921 in Washington’s vibrant Dupont Circle neighborhood. Paintings by Renoir and Rothko, Bonnard and O'Keeffe, van Gogh and Diebenkorn are among the many stunning impressionist and modern works that fill the museum.

It all started with an idea and some animal crackers about 20 years ago. Today, we are known as the Tryst Trading Company, a local DC food group that includes several neighborhood restaurants, café’s, and a catering company. We combine good food, specialty coffee, craft cocktails, and great service to create a community gathering place for all while building meaningful connections one animal cracker at a time. 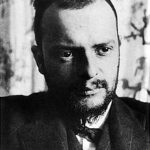 Paul Klee (German: [paʊ̯l ˈkleː]; 18 December 1879 – 29 June 1940) was a Swiss German artist. His highly individual style was influenced by movements in art that included Expressionism, Cubism, and Surrealism. Klee was a natural draftsman who experimented with and eventually deeply explored color theory, writing about it extensively; his lectures Writings on Form and Design Theory (Schriften zur Form und Gestaltungslehre), published in English as the Paul Klee Notebooks, are held to be as important for modern art as Leonardo da Vinci's A Treatise on Painting for the Renaissance. He and his colleague, Russian painter Wassily Kandinsky, both taught at the Bauhaus school of art, design and architecture. His works reflect his dry humor and his sometimes childlike perspective, his personal moods and beliefs, and his musicality. 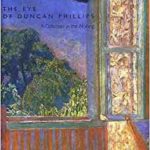 This highly illustrated book is both a survey of the major European and American works in the Phillips Collection and a guide to the museum's holdings and significance. A study of the history of taste in 20th century America, it documents the evolution of modernism as well as the pivotal role played by Duncan Phillips as a critic and collector. 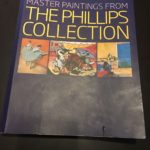 Master Paintings from The Phillips Collection offers a unique insight into the creation of one of the world’s greatest private collections of modern art. Featuring works by 85 artists, including major European artists Degas, Cézanne, Gauguin, Van Gogh, Bonnard, and Picasso, El Greco who was “discovered” by Phillips, and celebrated American artists championed by Phillips: Georgia O'Keeffe, Arthur Dove, Milton Avery, and Augustus Vincent Tack, this volume aims to re-create what Duncan Phillips considered the “life-enhancing” experience of seeing new or challenging forms of artistic expression in an intimate setting.