This gem is so special to me as it is in the form of a very old and precious friend. I met Somayya when we were both 14 years old, and so it's been one of those childhood friendships that we have both nurtured with mutual respect, acceptance, and support.

I still remember the first-day Somayya came into my school. Within a week we were friends and soon became inseparable. She was the oldest of 5 kids and the 6th, her youngest sibling, came along much later, once she had her only daughter, precious Sawsan, who is a gem in her own right, blooming with time and experience. 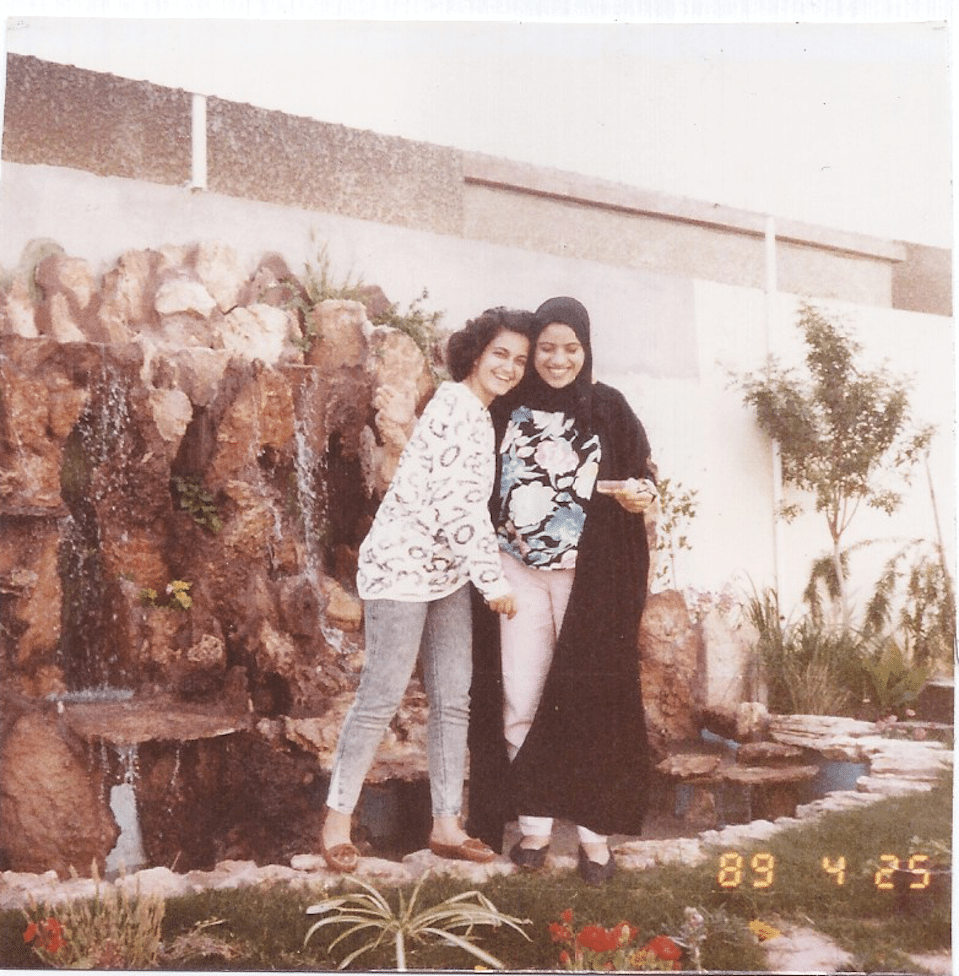 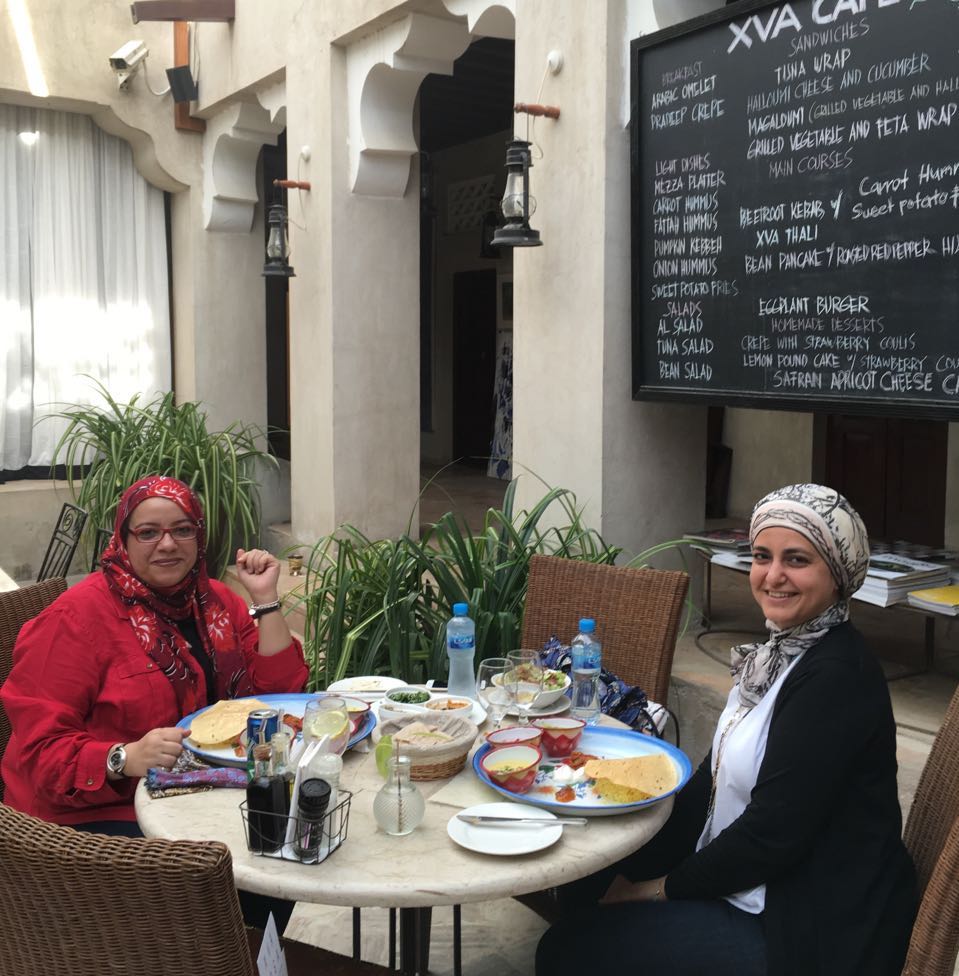 Somayya has been that rare kind of friend that championed all that is good in me and everything that I was good at, and she mirrored me kindly and patiently through the shadow parts of me that I needed to face and heal. The Prophet, Peace and Blessings be upon him, said that we are to be careful of who we take on as close and trusted friends, for we become like them over time. I was so fortunate to have Somayya as one of the people who shaped who I have become. She helped me hone my faith and my sense of the world and myself in God's Light. She is the only friend that I would tell of something unhealthy I was about to do, before I did it, and give her a chance to talk sense into me, and we all know how hard it is to confess beforehand 🙂 Somayya's love was a safe space where I could be me, fully and I am ever grateful.

I am writing this post not on a personal note, as much as I enjoy telling the story of this beautiful friendship and there are many adventures and learnings between us that are worth sharing. My intention is to bring to light a well lived, public life of service. One that should inspire both women and men everywhere, old and young, but especially Arab Muslim women.

Somayya has touched so many lives, both directly and indirectly, and it seems that I am not the only one who has recognised her gifts.  This year, CNBC was commissioned by Saudi TV to do a series on game changers and the team did their research well, finding their gem in Somayya and her achievements.

The story sheds light on her journey into a role that is unprecedented for a Saudi woman, that of the first editor in chief of one of the two major English newspapers in Saudi Arabia. The position requires her to manage a team of both men and women, in a culture that is still largely segregated and in a workplace that is especially male dominated. Somayya is often part of official trips, meetings and delegations where she is one of the very few Saudi women present, if not the only one representing her kind. The glimpses of beauty, kindness, courage, and strength that you will hear in her tone and words, are but the tip of the iceberg.

I have witnessed Somayya over the years, doing her best to be a loving daughter, older sister, mother and a supportive friend and champion, especially to the underdog, both in her personal and public life. Leadership is a such a tricky and heady place to be, and Somayya has taken it in stride, keeping it somewhere outside her heart, so a personal agenda has never affected her sense of justice, whether in dealing with her team, or with those above her in position.  It has been such a blessing and a source of deep pride, joy, and hope that I was a part of Somayya's and her daughter, Sawsan's life.

I don't remember anyone, who I have introduced Somayya to over the years, who hasn't been touched by her from the first time.  People always want to see her again and have her enter into their circle of friendship, because hers is a charm that goes beyond personality, into an un-judgmental and open character, where her thoughtfulness, worldly knowledge and wit are something to experience.

It is difficult to count God's blessings, as they intertwine in unexpected ways to complete His gift and hone all its facets. It so happened that Somayya married and settled in Jeddah, which was the only city that I visited annually over the years to do Umrah in Mecca, so with that I was given the gift of spending time with Somayya more regularly than would have been practical otherwise, especially given our responsibilities. Once I settled in Dubai, we were blessed with another city to meet in frequently, as Somayya comes often for work or quick vacations.

My prayer for our youth is that they are also blessed with a friend like Somayya early on in their lives, to help them live by Light and Faith and that more women and men step up to lead humanely, guided by their Faith all the way to the top of their chosen fields.

So, behold, get inspired and remember the wise words that Somayya signed off her emails with for many years; ‘Do the possible and God will Do the impossible.’

Somayya's life is a shining example of that edict. God is always near, ready to Lift you up and Manifest your good intentions of making a difference, into a reality greater than you ever could have imagined. Here’s to the real game changers out there who dedicate their lives to changing the rules of the game for everyone, for the better!

ABOUT Somayya at The Saudi Gazette

Saudi Gazette, established in 1978, is one of the leading English newspapers of Kingdom of Saudi Arabia. Living upto its theme of “The Tone of Truth and Moderation”, it has carved a niche for itself in the Saudi media industry.

It is also the first Saudi Arabian national newspaper to appoint Somayya Jabarti as the first woman editor in chief. She was promoted to this position following more than ten years of “hands on” experience at all levels in the industry.

She was one of the many members who joined the team led by media doyen Khaled Almaeena to revamp Saudi Gazette in 2012. She was his deputy at the time of her joining the newspaper.

Her elevation to the top job was succinctly put by the outgoing editor-in-chief Almaeena in a farewell letter posted on the newspaper’s website in February 2014. “It was not a question of gender but of merit that decided and earned her this opportunity.” 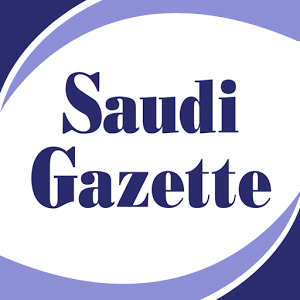 The kind and thoughtful team at CNBC have given us many options for watching Somayya's episode of Gamechangers.

Click on her image below to watch the 30minute version, the 9-minute cut version, or even the 1-minute trailer! 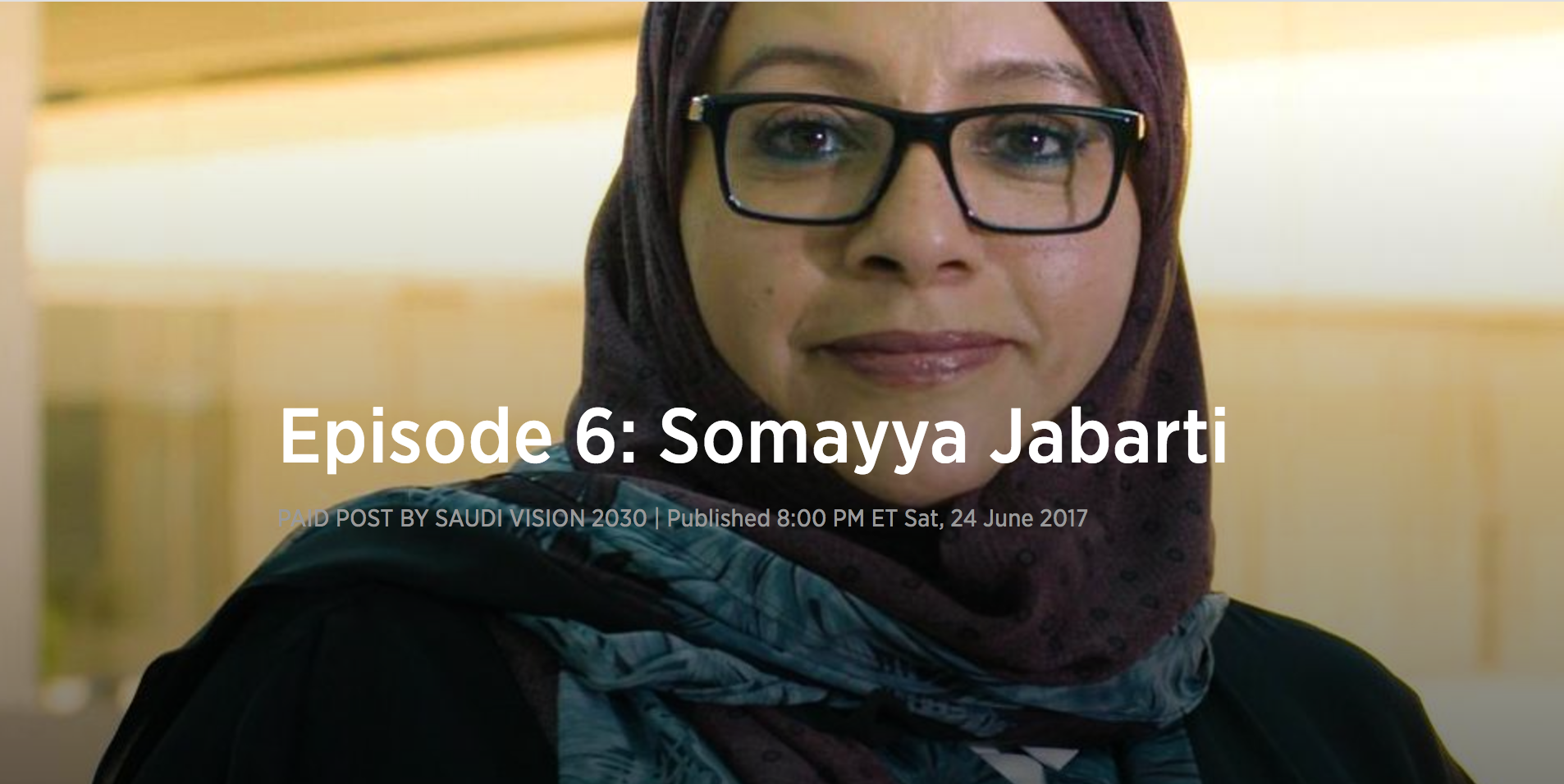