A visual trip from old to new A visual trip from old to new

“Water is the source of life, from which the entire history of civilization flows” lol I think its in one of the plaques. I am hesitant to put a quote and not source it unless its famous and by an unkown. what do you think? 🙂

Oriental gardens can be traced back to 6000 B.C in Mesopotamia.  Developed near water sources, as they were the lifeblood of sedentary farming that supported early civilization.  It was the discovery of hydraulic techniques that provided the nourishment for life to flourish in these precious little oases and quickly gardens began to spring up around canals and water basins.

The following pieces represent important moments in the history of the oriental garden.

The Water Fountain at the Center of the inside exhibit: Essence of Life

Water was a guiding principle of the show, accompanying us in many shapes and forms throughout our journey, reminding us that without water, there is no life.

The Noria waterwheel is a hydraulic system, traditionally used for irrigation throughout the Orient.  It consists of an endless chain, revolving around a drum driven by a current of a river or an animal.  Water is raised and poured into a reservoir or channel by buckets attached to the drum. [Casablanca 1909]

In a Palm Grove, Three Men Converse Near An Irrigation Channel

The irrigation systems of Oman date back over 4500 years, but the oldest surviving remains date back to only 500A.D.  The systems distributed water among houses and cultivated lands by gravity from the springs, guarded by watchtowers and mosques. [Arthur Thevenart, Oman 1996]

The agricultural wonders of Babylon were first described by historians during the Hellenistic and Roman period. It may in fact have been an ancient Assyrian city, where this fragment of relief was discovered. The colored version highlights the aqueduct and canals that provided water for the king’s gardens. [Paul Goodhead, 2008] 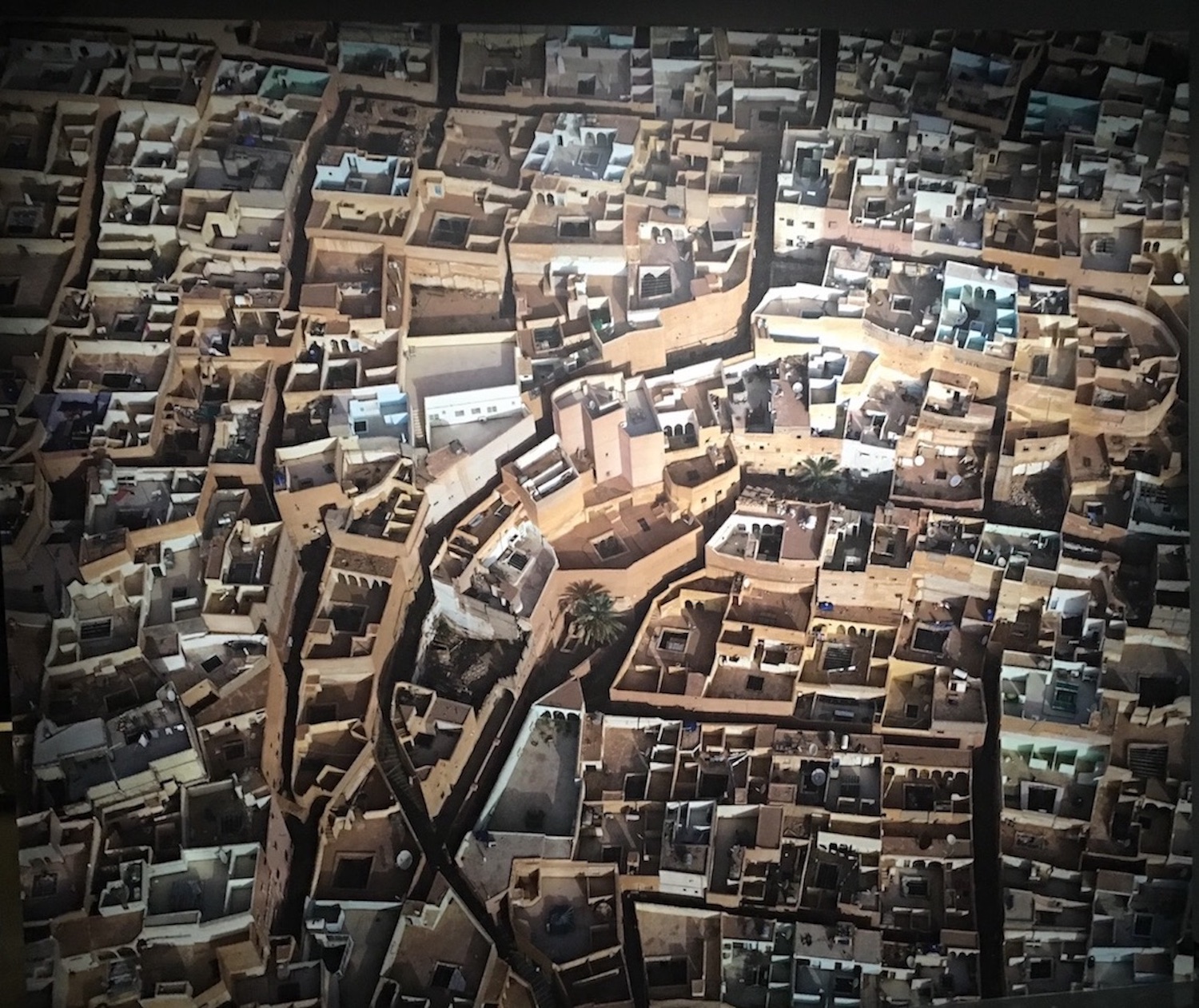 An Oriental garden is very often enclosed. Almost completely concealed behind walls.  Visitors first discover the garden when they open a gate at the end of the narrow street. The bustle of the sun- drenched city gives way to a shaded, quiet area, where water reigns supreme.

The word ‘paradise’ came from the ancient Persian word Pairidaeza, which originally referred to an enclosed garden for hunting, with an abundance of trees and flowers. It subsequently signified a place full of delights. Heaven for Muslims is represented as a garden, where wild nature has been tamed for the pleasure of man.

Gardens were symbols of status and luxury, owned by individuals of wealth and power, particularly the truly opulent ones. The scene of prince’s holding court in their gardens, while listening to music and eating with guests, is a particularly common one in miniatures.

Birds, music, and the flow of water were an important part of the pleasures to be had in the garden as it was about engaging all the senses in a world and experience of beauty.

The oud is an instrument often associated with Oriental music. It is often depicted in both Arab and Persian miniatures.

This kamanche spade decorated with marquetry combines copper, wood, and bone.  It comes from the legacy of Pauline Tarn (1877 – 1909).  Instruments like the kamanche and the ney flute were regularly represented in miniatures, playing tribute to the Persian miniatures produced during the Safavid period (1501 – 1736)

The Oriental garden, with its mastery of forms, natural elements and techniques, has always been a source of fascination for Westerners. Travelers returning from the Orient mentioned carefully designed spaces with fountains, beds, and collection of trees and plants. They also brought back treatises on agronomy, hydraulic techniques, and knowledge that guided the creativity of many generations of gardeners.

Its traditional model was widely spread by Sicily, Spain and Italy during the Renaissance and has played a key role in establishing a universal art of gardening. Influential landscape architects, architects, and urban planners, such as Jean Claude Nicolas Forestier, Henri Prost, and Albert Laprade, at the beginning of the twentieth century, drew their inspiration from the Arab Andalusian gardens and gave the notion of public spaces a whole new meaning.

By the end of the 19th century the Haussmannian model was adopted internationally, which symbolised the ‘modern city’ with its large urban parks, and gave green spaces an essential role in urban environments. Public gardens were introduced to the Orient at that time as well. Concern for public health prompted the creation of parks and public gardens, where urban dwellers could go to relax and breathe in fresh air. It was not until the twentieth century, when Jean Claude Nicolas Forestier (1861-1930) and Henri Prost (1874-1959) were working on projects in major Moroccan cities, where gardens situated within the wall of a building incorporated elements from the surrounding environment.

The landscape architect and urban planner Jean Claude Nicolas Forestier (1861-1930), who was fascinated by Arab Andalusian gardens, played a prominent role in their becoming known. The exhibition in Seville en 1914 gave him the opportunity to discover the gardens of the Alhambra in Cordoba. Appointed curator of the Exposition Internationale des Arts Decoratifs in Paris in 1925, he used the principal compositional and ornamental elements of the Oriental garden to create a hybrid model that has since become a universal one.

Map of The Castle Garden

Annotated with Details of Execution

The experimental gardens- the Hamma Garden in Algiers and that of Rabat were used for the acclimatization of plants destined to be transported to and planted on other continents. At the end of the 19th century, the process became a colonial science in its own right. Experimental gardens proliferated in the colonies, in the quest for an agronomic model that could optimize their rich agricultural resources. These scientific centers were also places for relaxation and education, were nature was presented in all its vegetal and animal diversity. 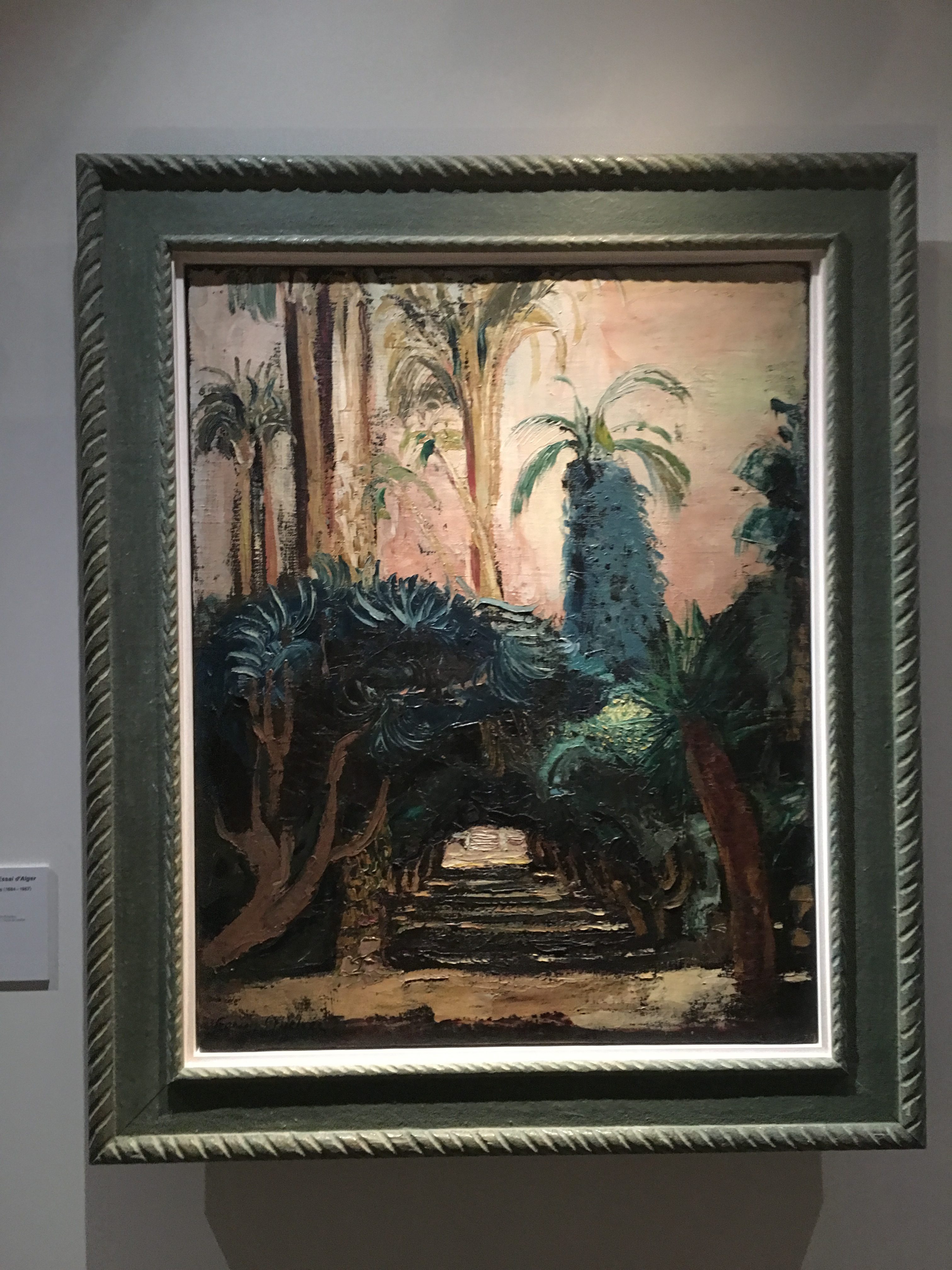 Next Up:
A Visual Trip Around the Arab and Muslim World From Old To New

> A walk through an oriental garden

> A visual trip from old to new

> A visual trip around the Arab and Muslim world

> The Arable Garden by Micheal Pena

> Plants in the oriental garden