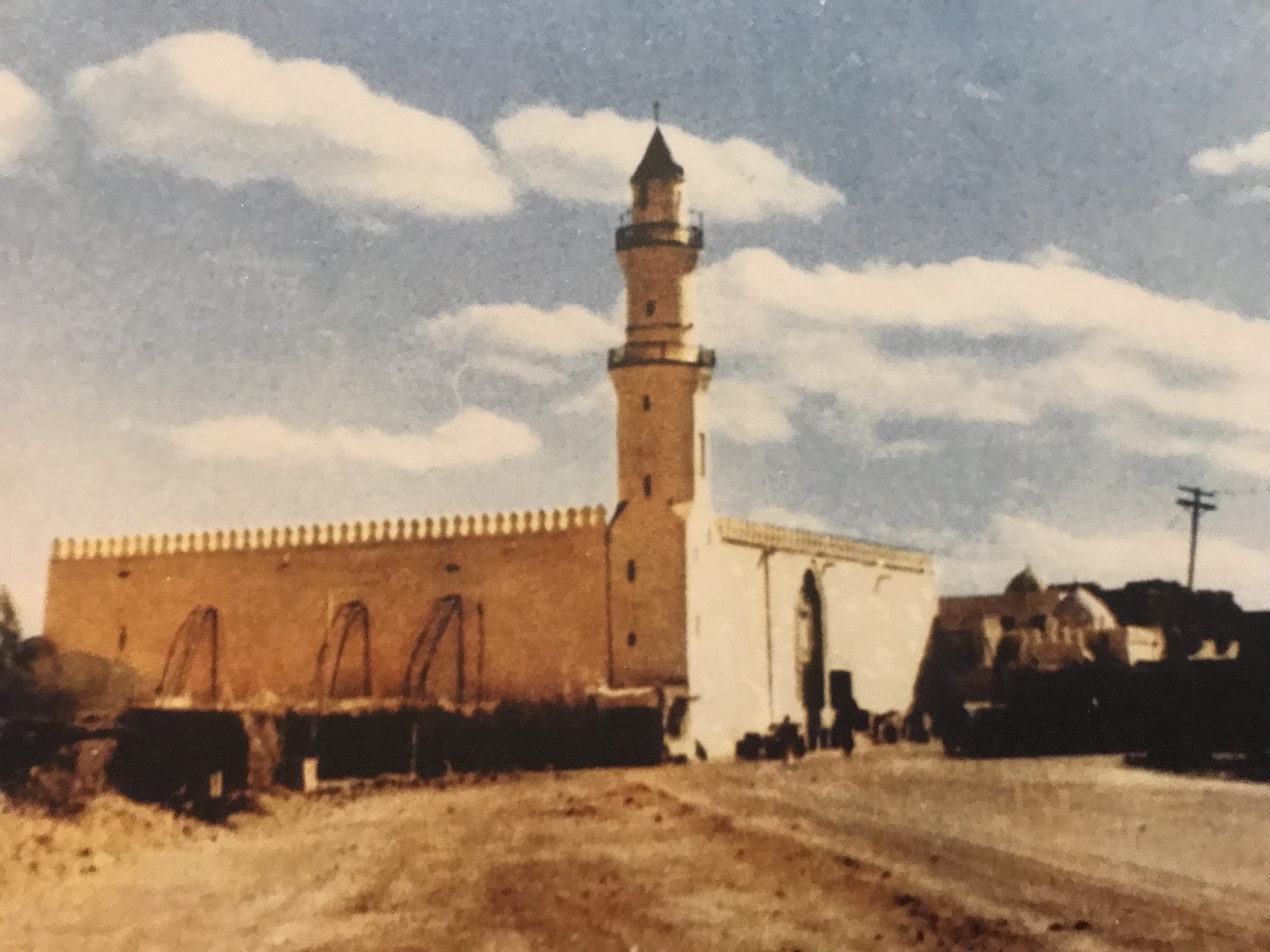 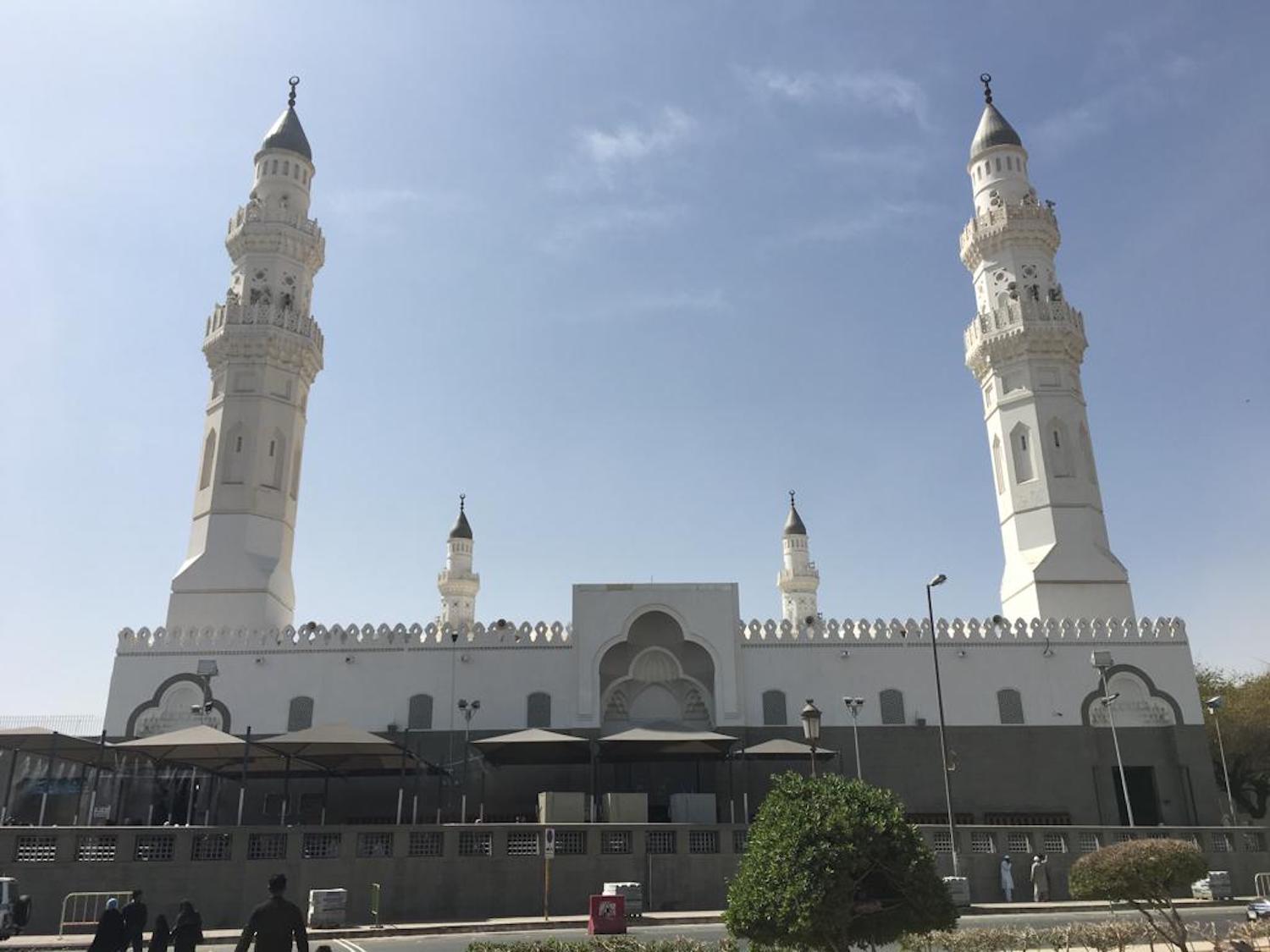 When the Prophet ﷺ migrated to Al-Madina, he stopped in Quba and he ﷺ took part in the building of a mosque there with his companions and it is confirmed that this is the first mosque in which he ﷺ prayed with them openly in congregation.

Al-Quba Mosque has an important place and prayer in it is well rewarded. The Prophet ﷺ said: ‘Whoever purifies himself in his house and then comes to the mosque of Quba and prays in it will have a reward similar to one Umrah.’

The Qiblah of Al-Quba Mosque was, at first, towards Jerusalem, until God commanded his Prophet ﷺ to pray towards the Ka’bah, so the Prophet ﷺ came to Al-Quba Mosque and marked the Qiblah and participated in the building of it.

The Battle of Al-Khandaq (Trench) or Al-Ahzab (Confederates)

When the confederates of Quraysh came together to deliver the Muslims a conclusive defeat, the Prophet ﷺ consulted his companions. Salman Al-Farisi رضي الله عنه proposed that a trench be dug to protect Al-Madina. The Muslims with the Prophet ﷺ, dug the trench. With God’s will, the plan was successful in gaining victory for the muslims.

The location of the Battle of Al-Khandaq has become the location of some of the historical mosques of Al-Madina that are associated with that battle, popularly known as “The Seven Mosques”. Those mosques mark the places where the Prophet ﷺ and his companions رضي الله عنهم stood guard during that battle. 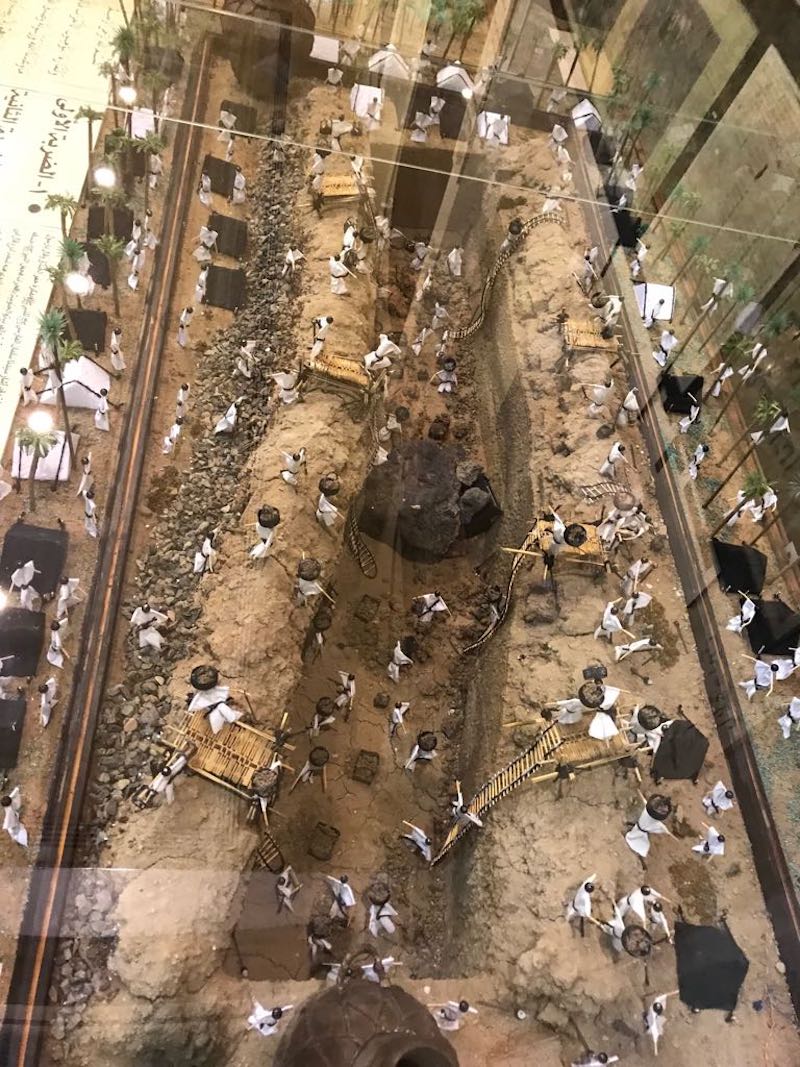 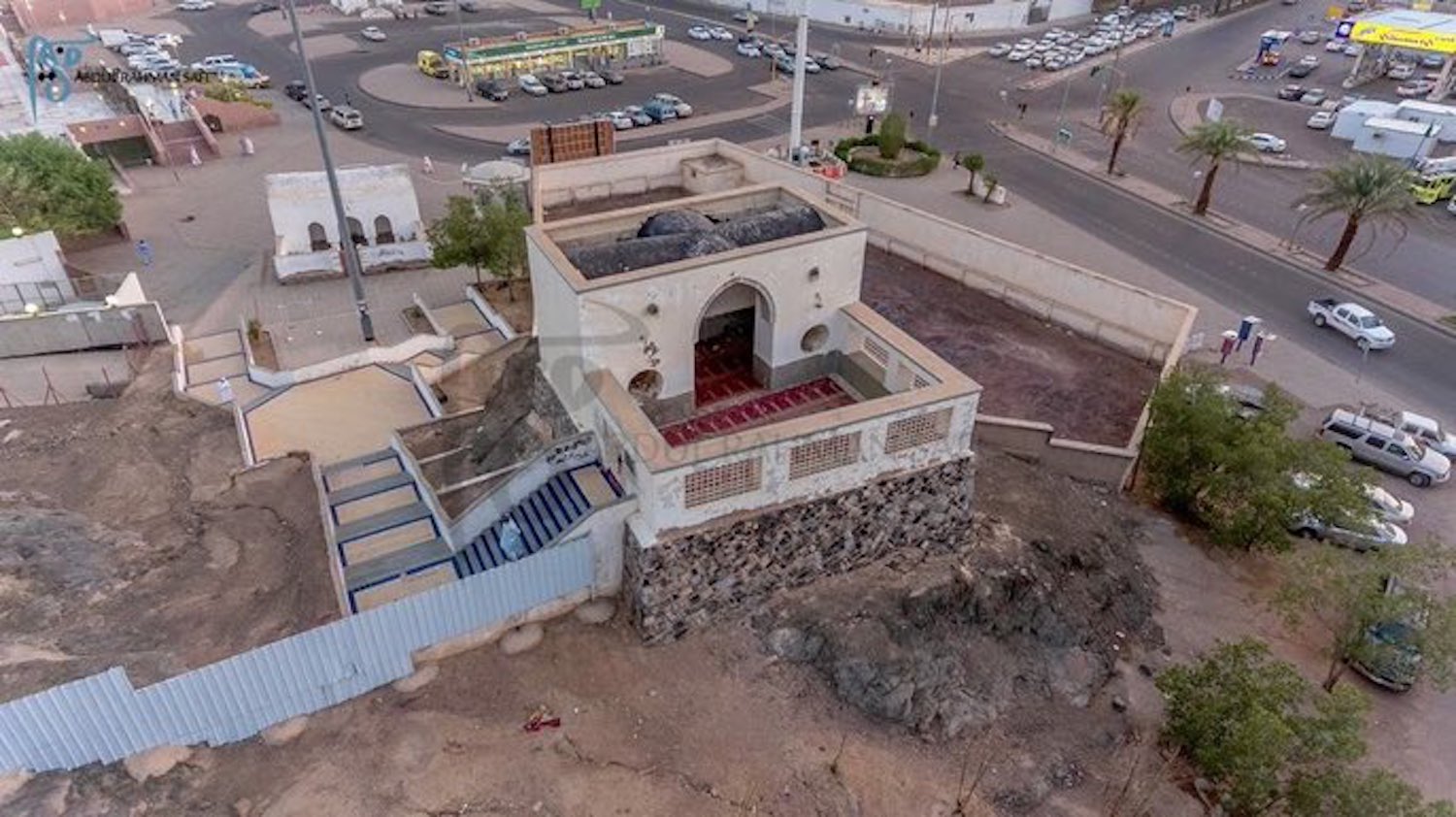 An Aerial veiw of Al-Fatih Mosque

It is narrated that the Prophet ﷺ prayed to God during the Battle of Al-Khandaq in this spot and that it was there that God sent to him the glad tidings of victory. Thus, the mosque was constructed at on it and is known as Al-Fatih Mosque. 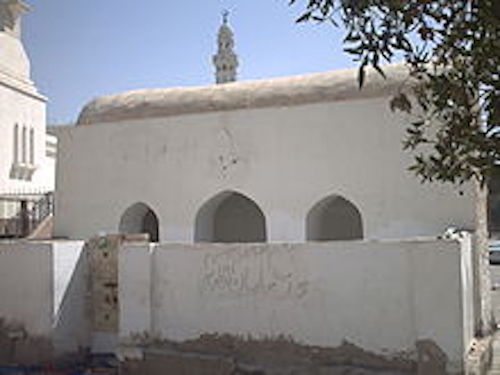 This mosque is located 20 meters south of Al-Fatih Mosque, named after the companion Salman Al-Farsi رضي الله عنه, who suggested and led the construction of trenches during the Battle of Al-Khandaq as a war strategy. It is what ensured that the Muslims survived and won that battle. This strategy came from Persia and was not known to the Arabs. Salman’s origins are from Persia therefore he was able to tell the Prophet ﷺ of it. 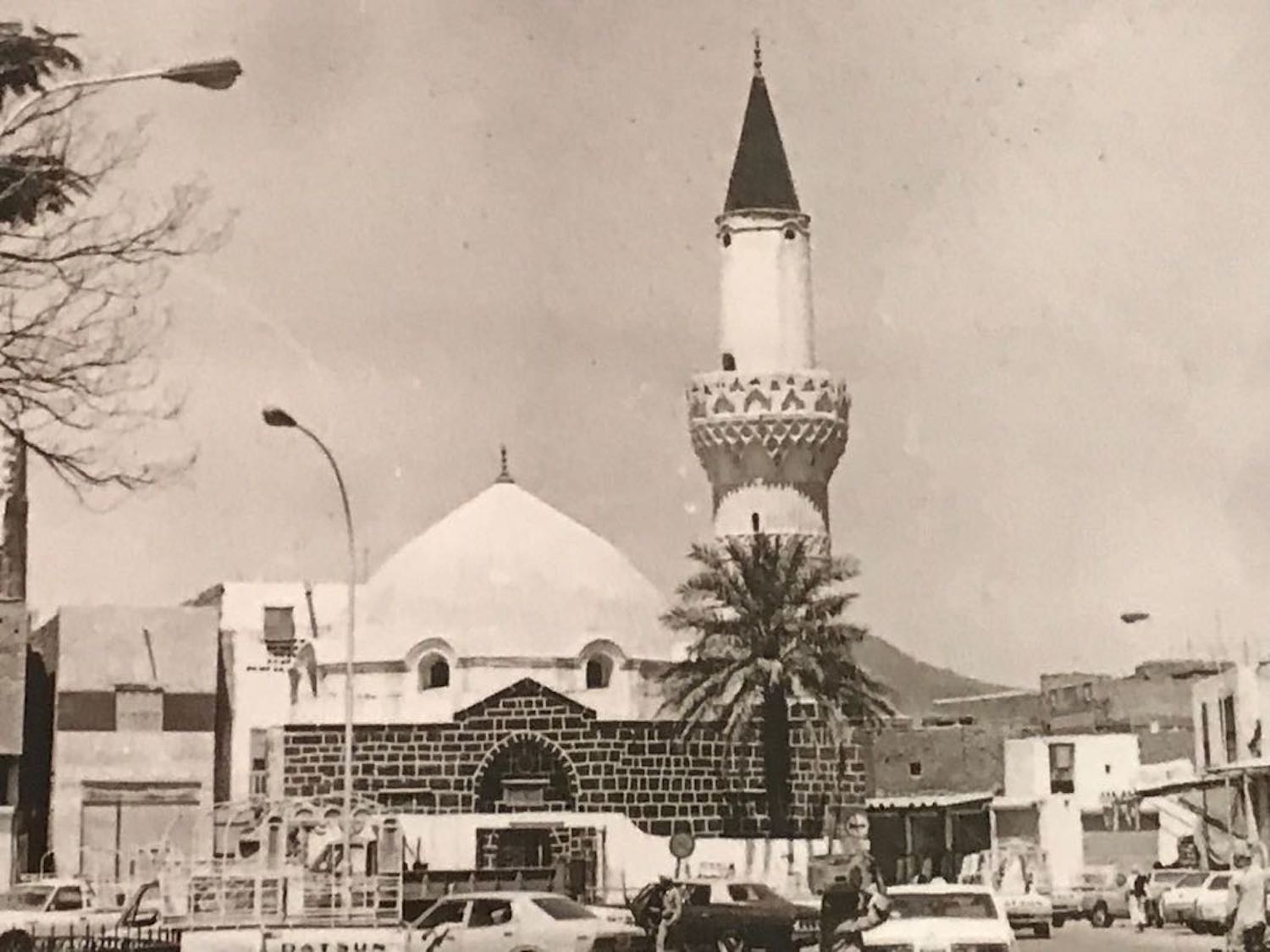 Abu Bakr Mosque, rebuilt in 1838 by the Ottomans 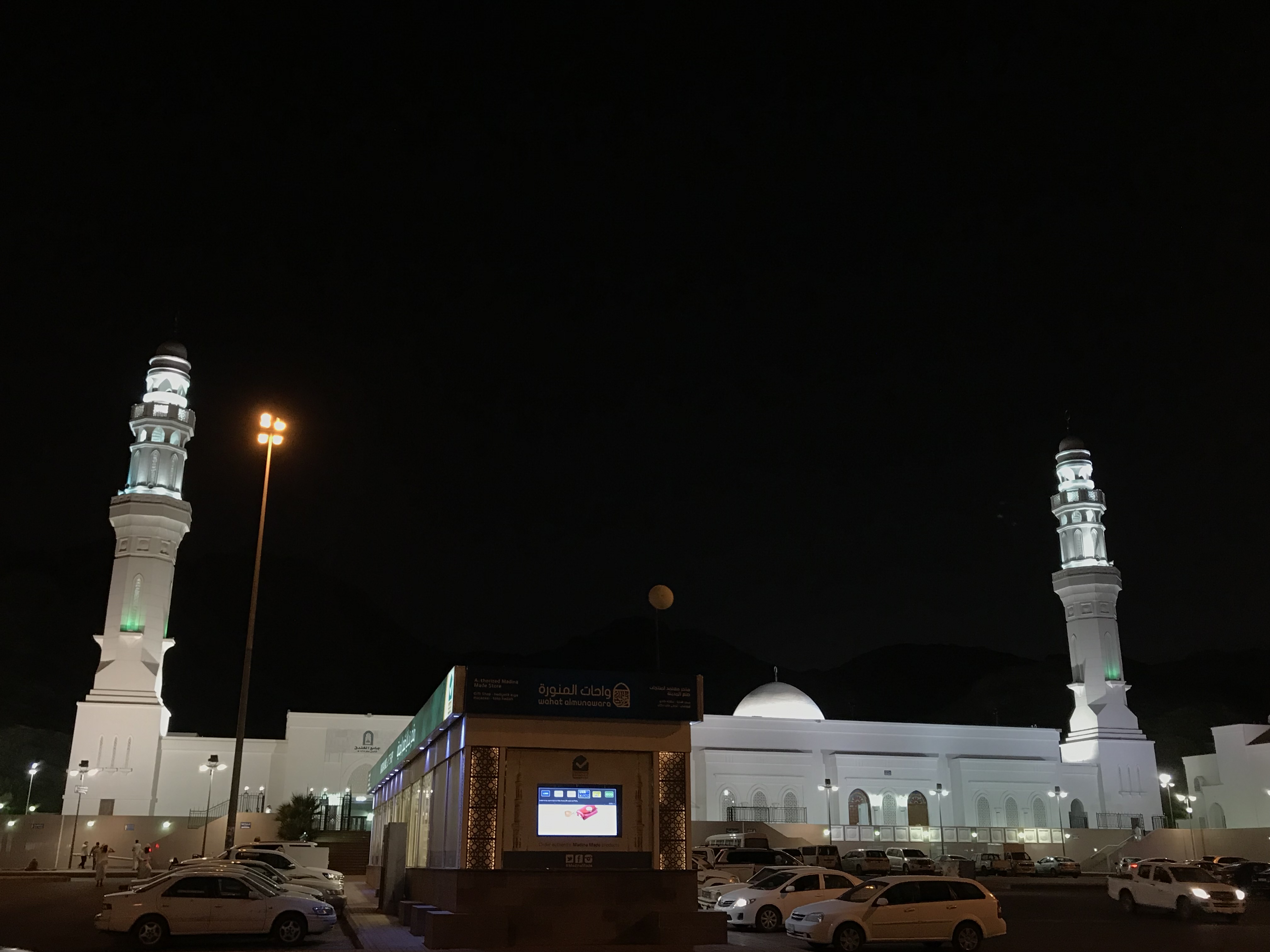 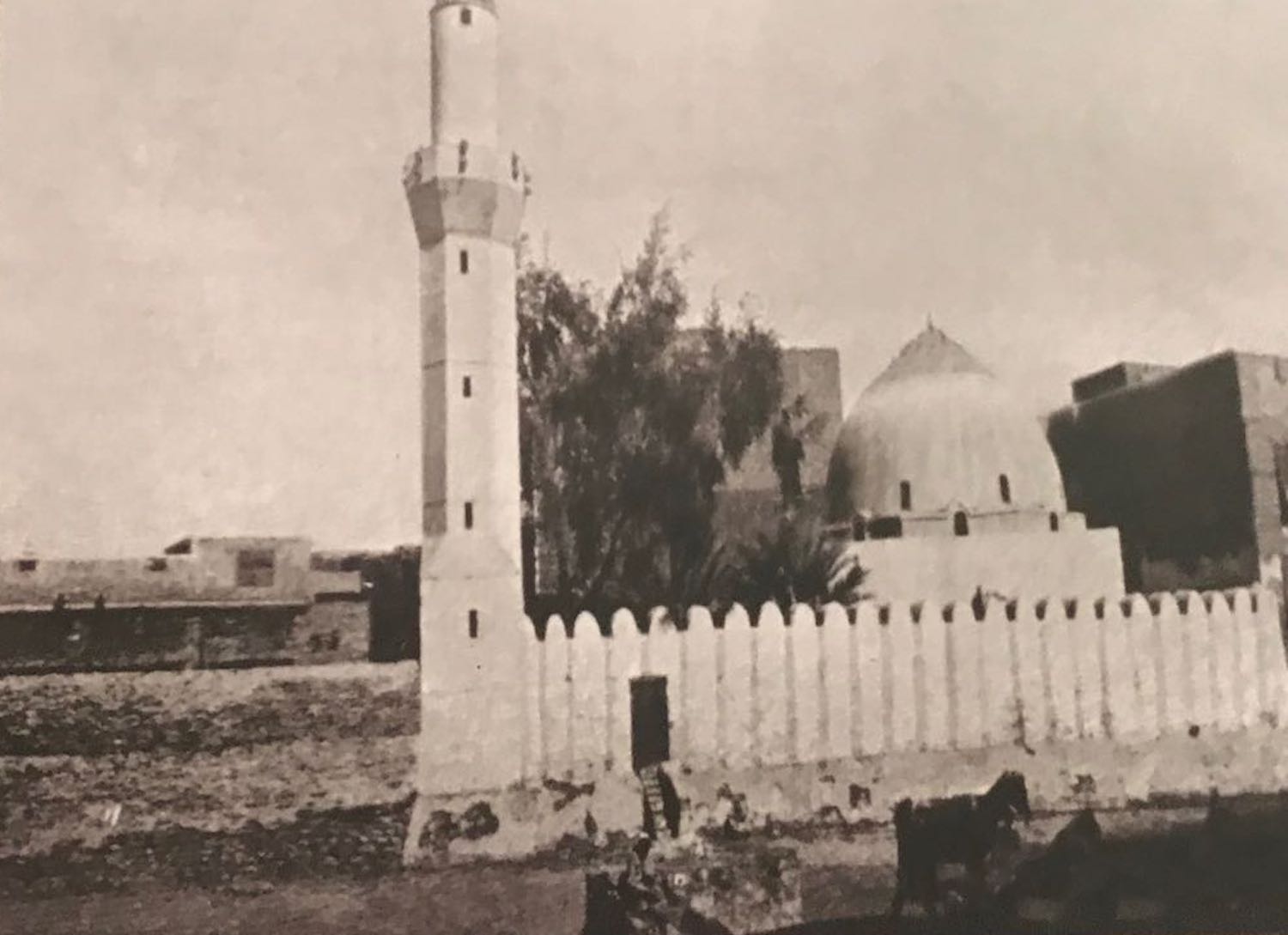 The Prophet ﷺ led Eid prayers here. The mosque was built during the time of Umar ibn Abdul Aziz.

This is the smallest of the seven mosques. 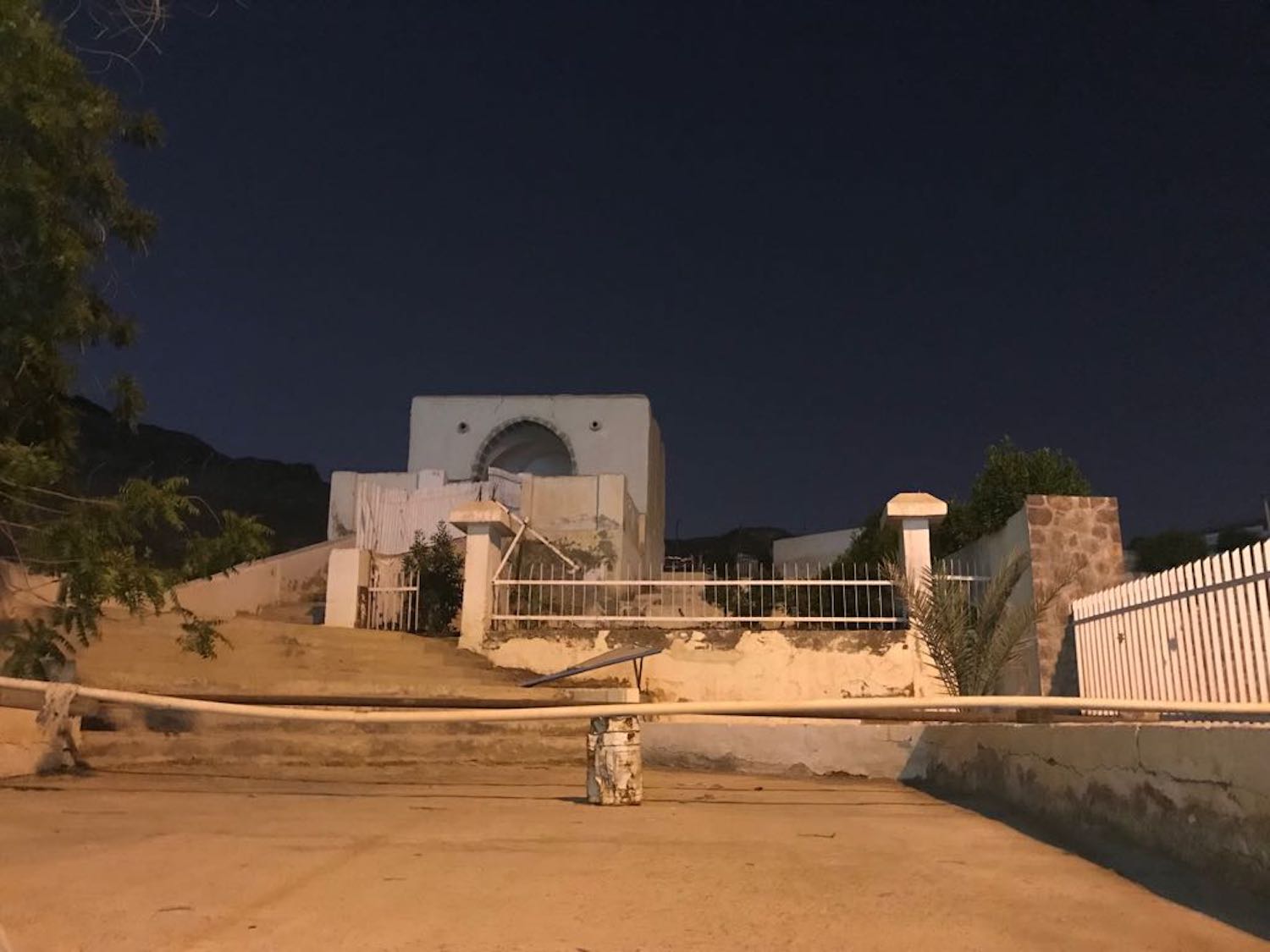 One of the seven mosques.

The 7 mosques are really 6 and are said to be 7 because of Al-Qiblatain Mosque that is so close by and is historically a very important mosque. 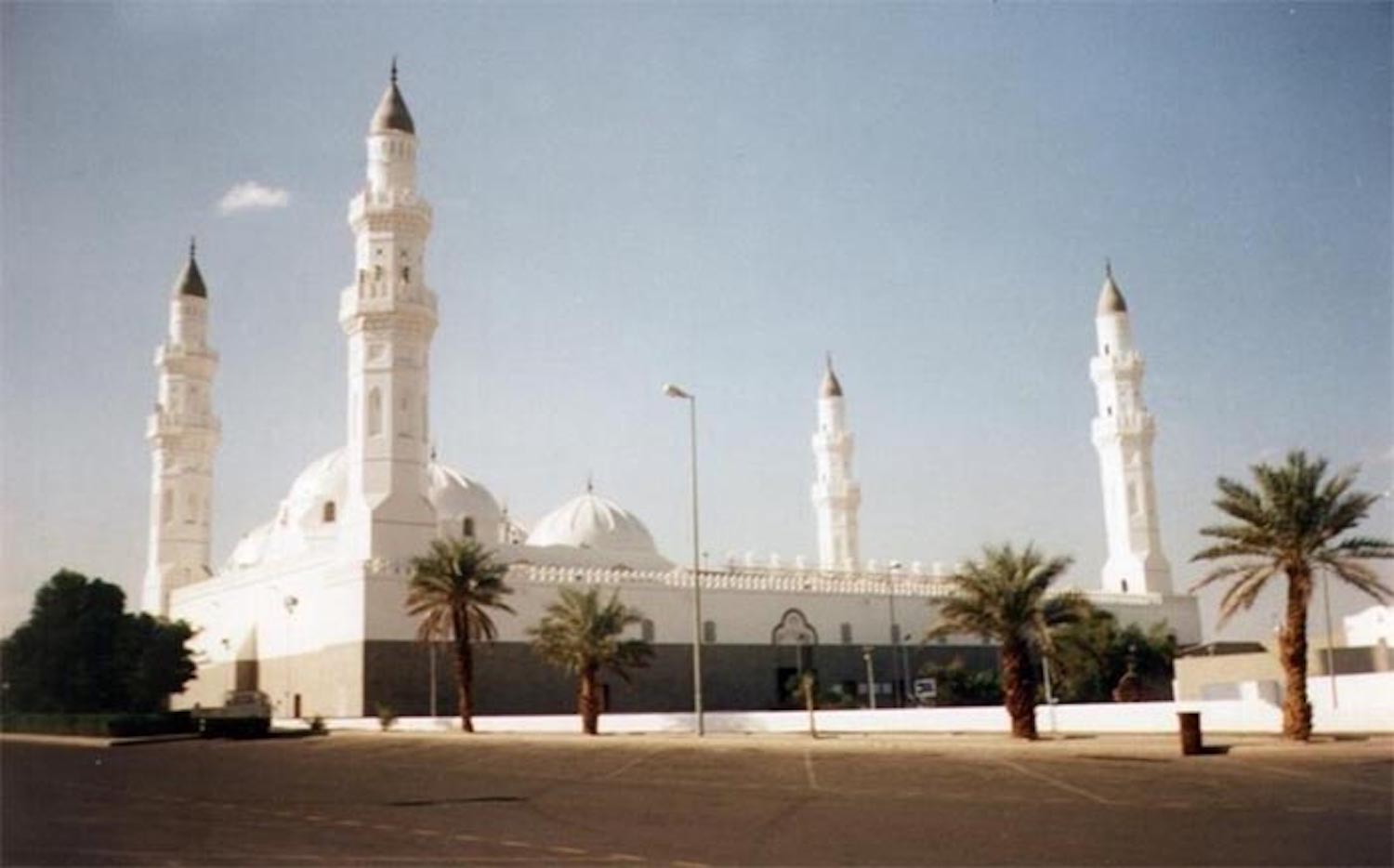 This is the mosque where the Prophet ﷺ was ordered by Allah mid-prayer to change the Qiblah from the Al-Aqsa Mosque in Jerusalem towards Al-Ka’bah in Mecca.

The Battle of Uhud

It is situated in the North of Al-Madina and its color is reddish. It holds virtue in Islam as the Prophet ﷺ has said about it: ‘Uhud is a mountain that loves us and we love it’. He said that because when he ﷺ would return from his travels, seeing Uhud meant nearness to his home and family whom he ﷺ loved so dearly. It is also the site of the terrible battle that the muslims lost and there were many martyrs.

Jabal Al-Rumah (Mountain of the Archers)

It is the place where the Prophet ﷺ himself strategically stationed fifty archers. He told them to remain at their post no matter what happened until he ﷺ relieved them. However, after some time, it appeared to the archers that the muslims had won and forty of the archers left, as they wanted to get the spoils of war. Because of this, Quraysh were able to kill the remaining ten, and then they came into the area where the Muslims from behind. 70 of the companions were killed defending the Prophet ﷺ. Among those killed was the Prophet’s ﷺ beloved uncle, Hamzah رضي الله عنه. The Prophet ﷺ was also wounded during the battle. 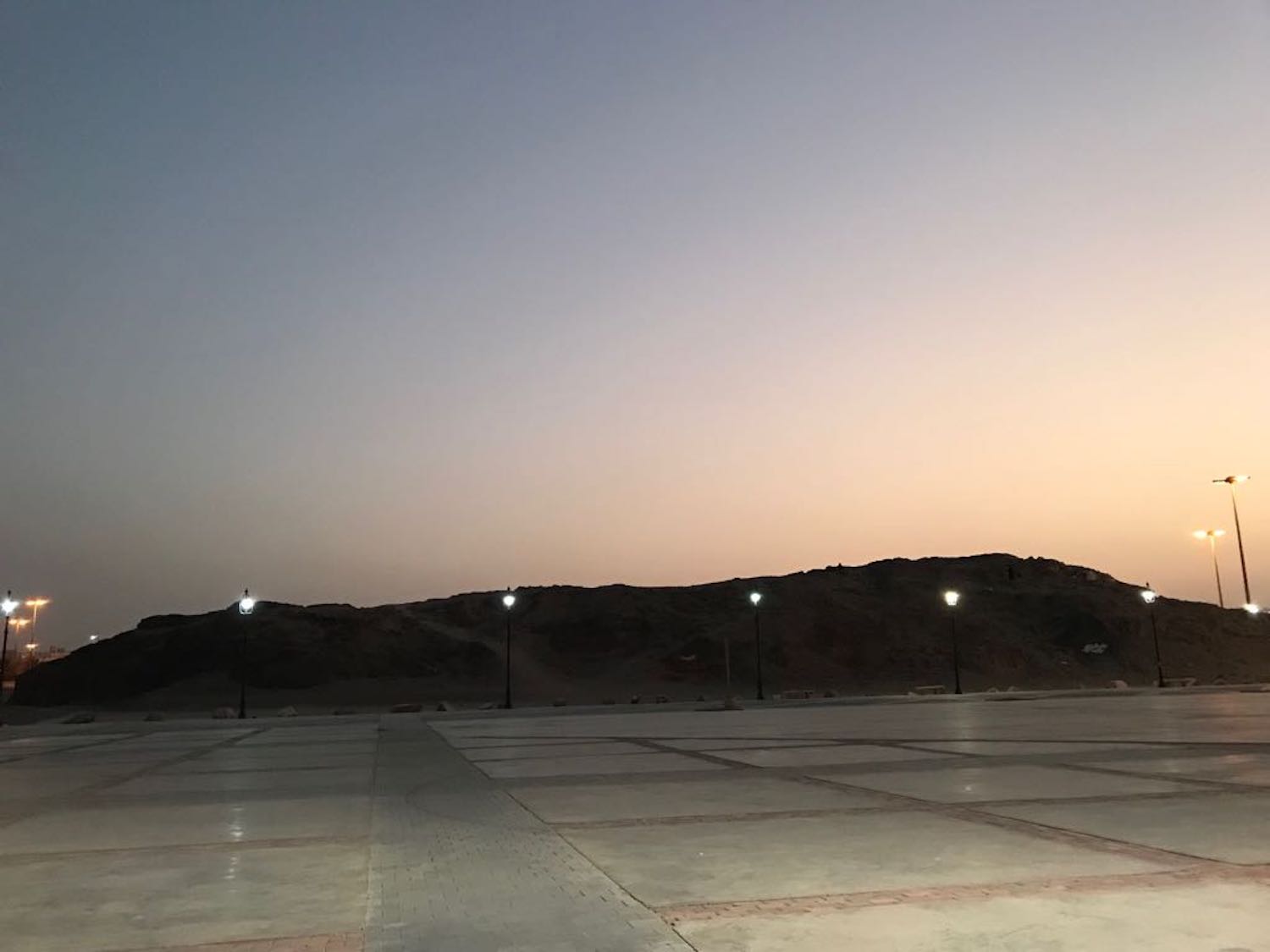 The Mountain of the Archers

Cemetery of the Martyrs

It is the gravesite where the martyrs of Uhud are buried, including Hamzah رضي الله عنه. 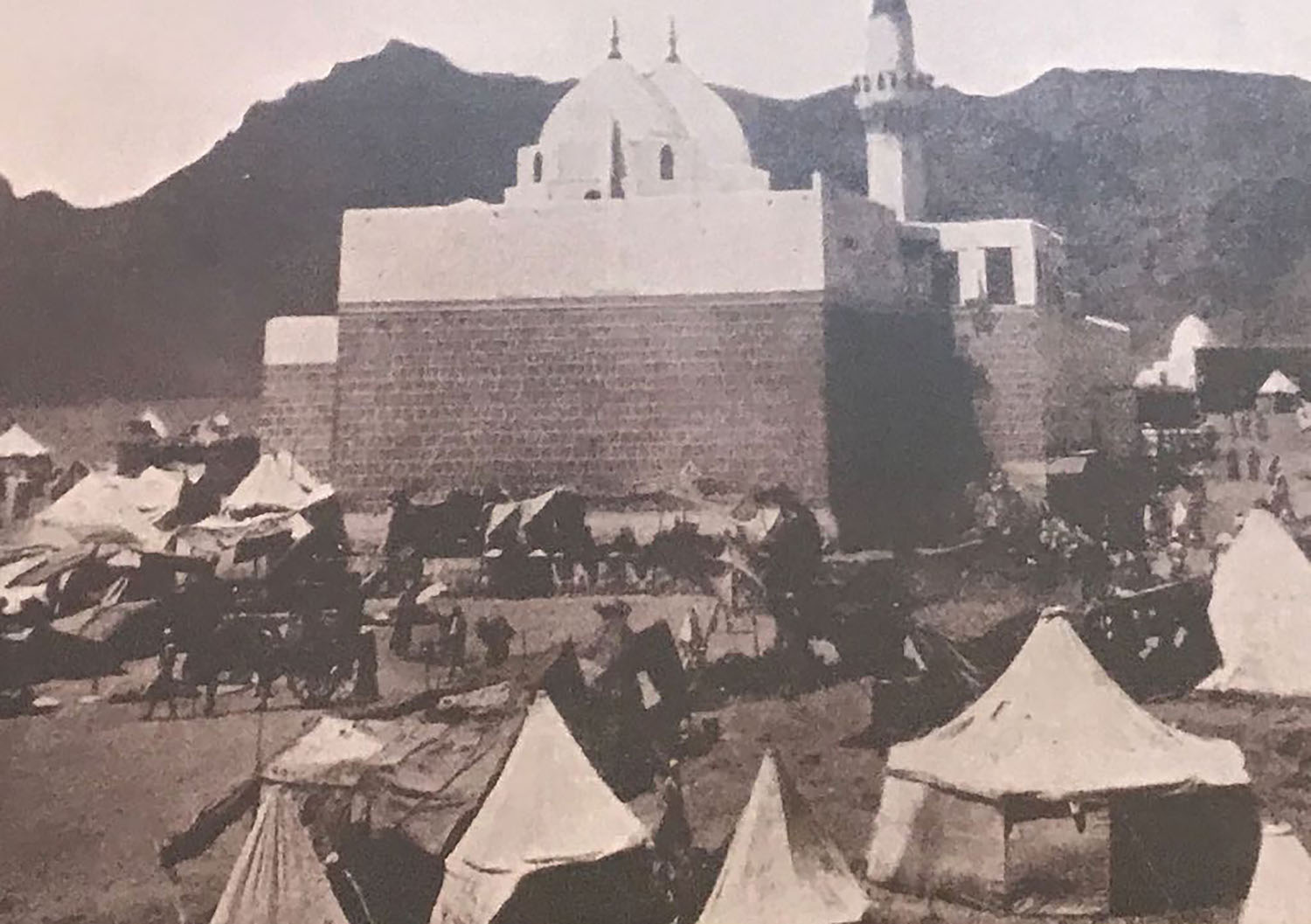 This mosque was built in honour of Prophet’s ﷺ uncle, Hamzah  رضي الله عنه, who was martyred in the Battle of Uhud. 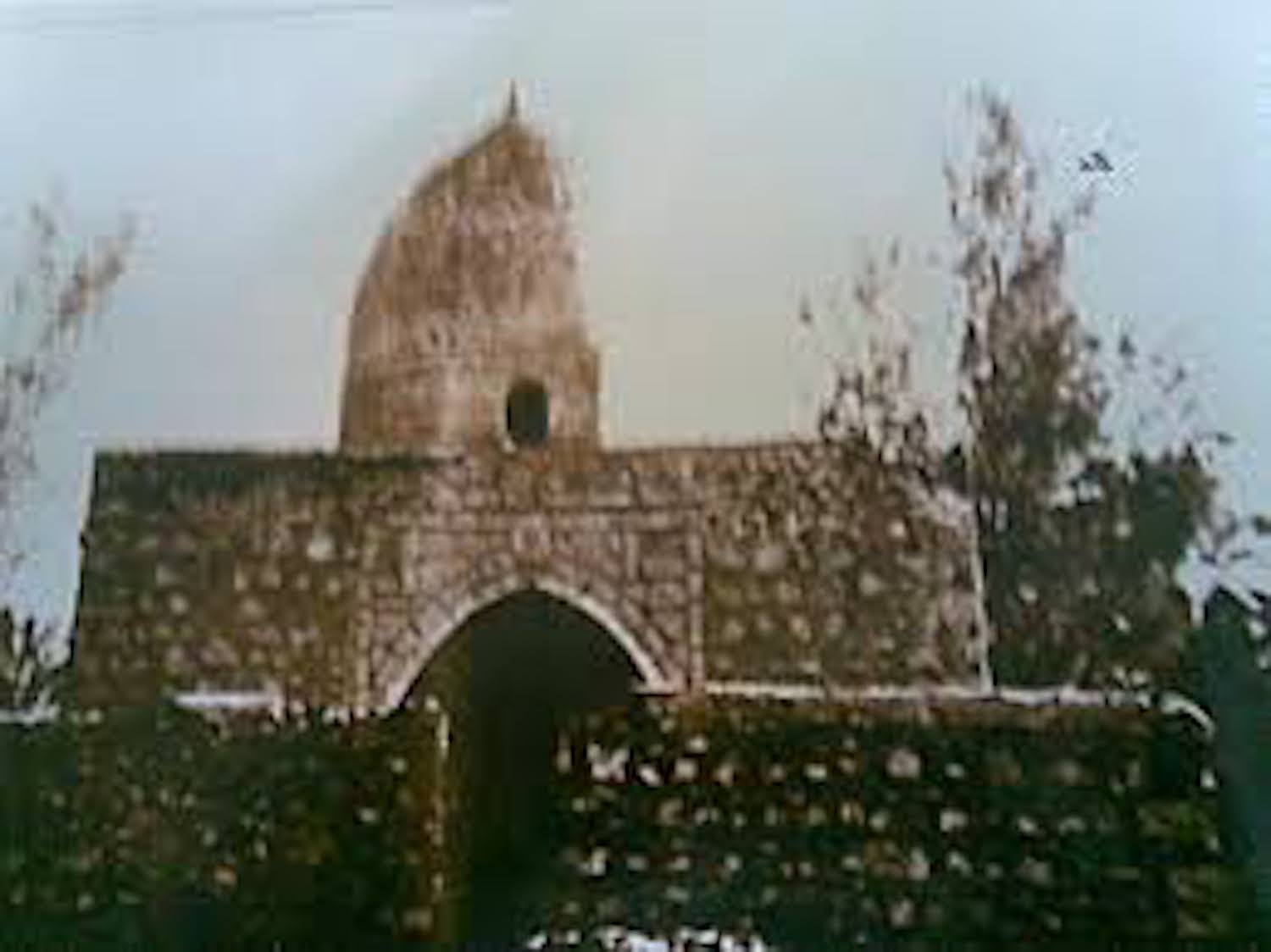 An old photo of Al-Jum'ah Mosque 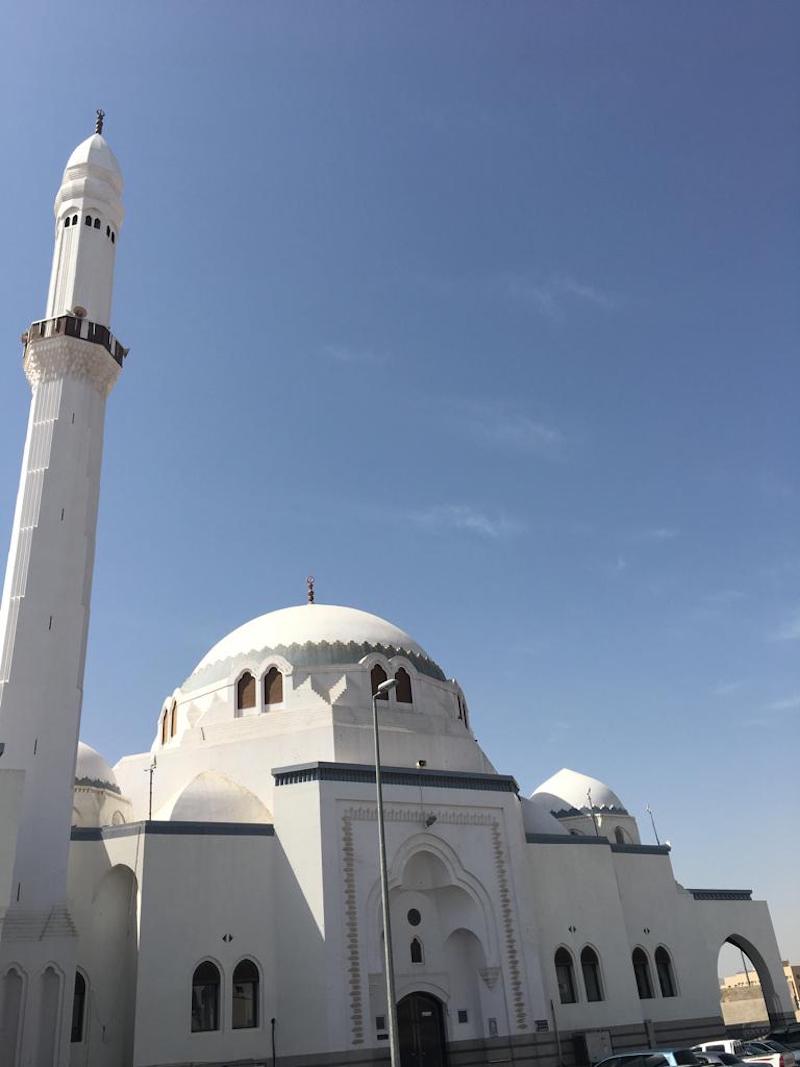 It is known as Al-Jum’ah Mosque because the Prophet ﷺ prayed at this location on the first Friday after he arrived in the village of Quba on his way to Al-Madina. 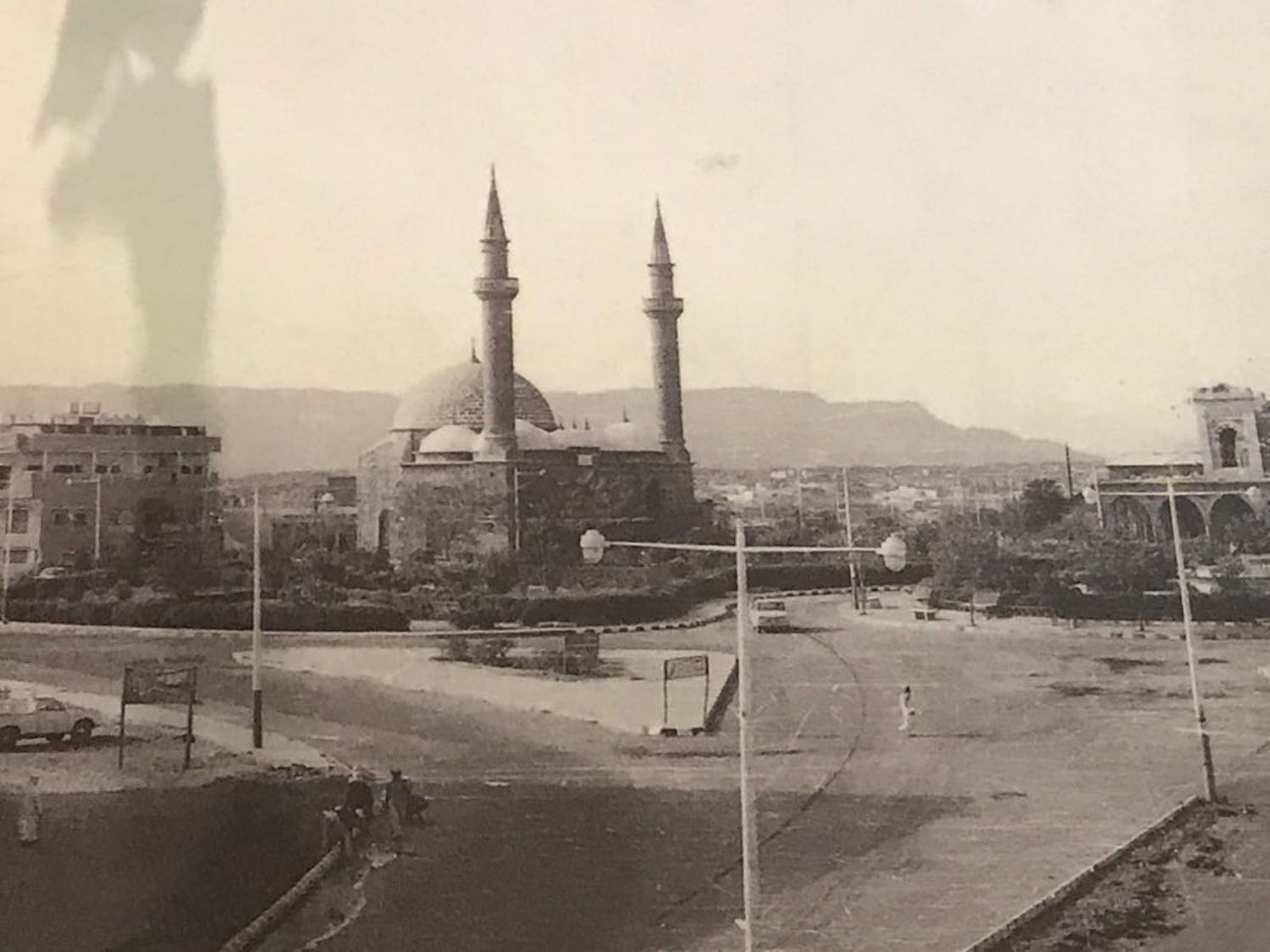 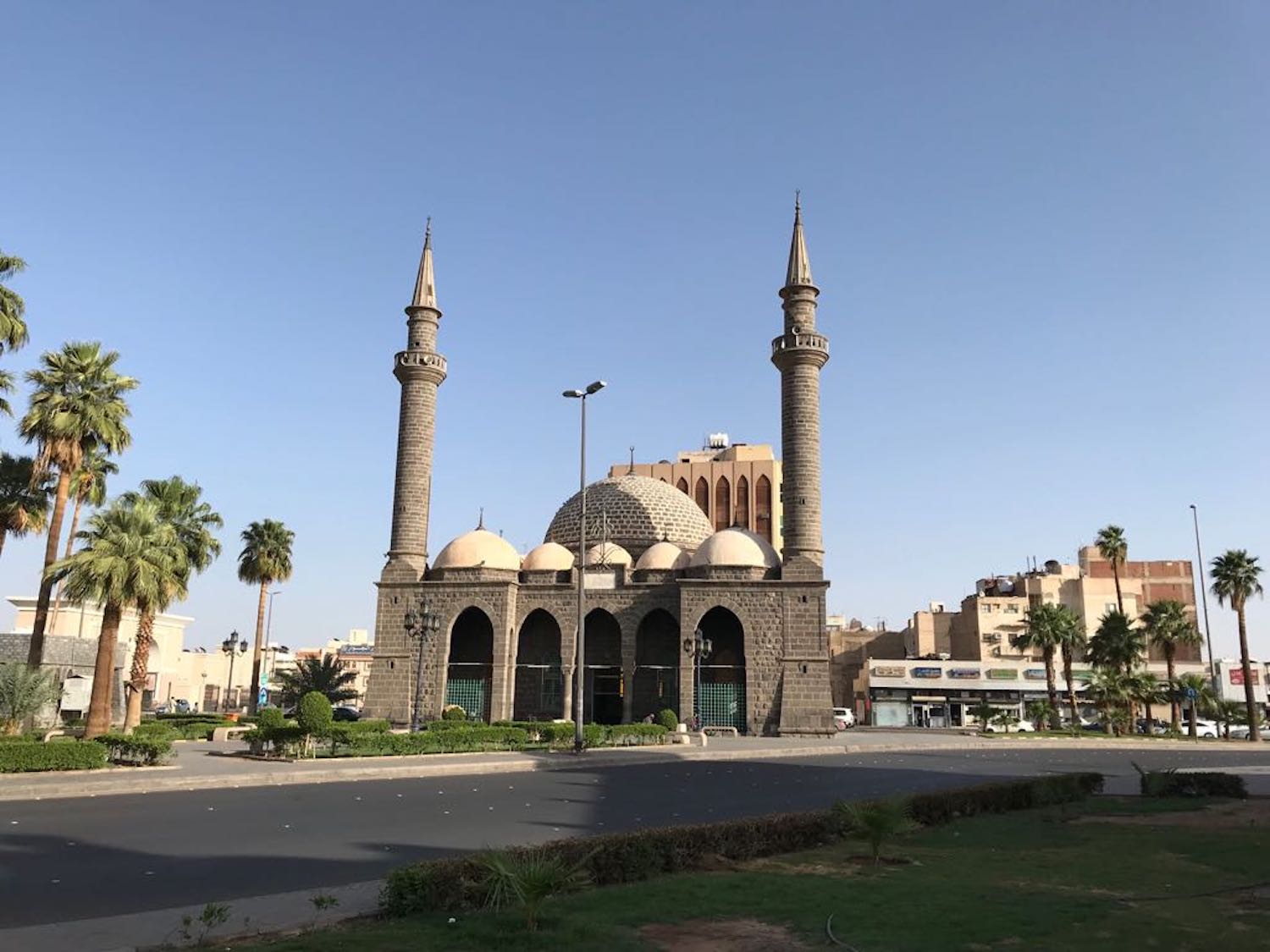 Al-Anbariya Mosque was built by the Ottomans

Al-Anbariya Mosque is another historical mosque in Al-Madina, which was constructed in 1908 during the time of Ottoman ruler Sultan Abdul Hameed. It was part of the Hejaz Railway project that linked Al-Madina with Damascus. It is named after the Anbariya Gate, next to which it's located. 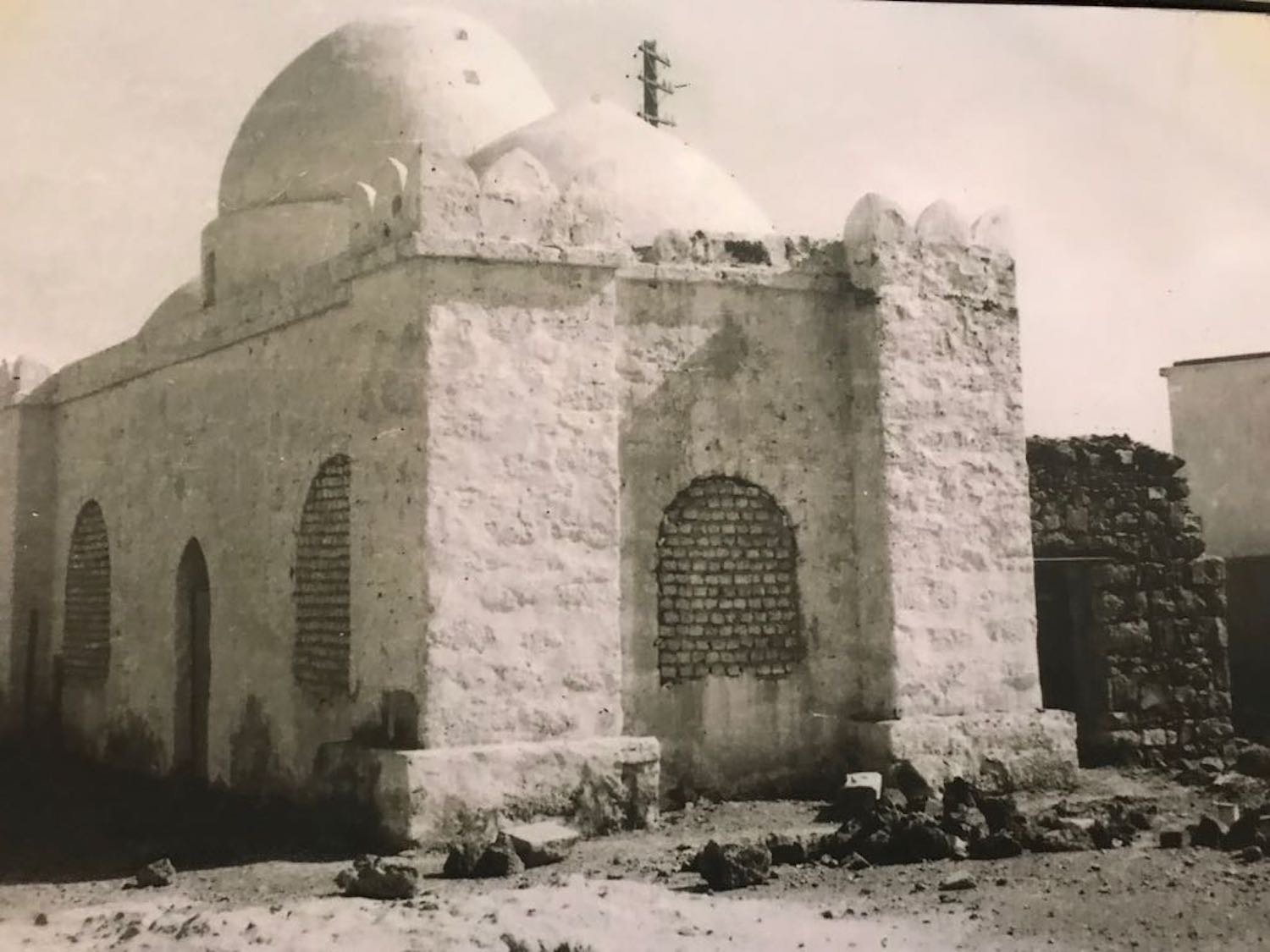 When the Prophet ﷺ departed for the Battle of Badr, he stopped at Al-Suqia Mosque, performed ablution and prayed there. He then prayed for the people of Al-Madina.

This mosque was named after its location which is known as Al-Shaikhain. En route to the battle of Uhud, the Prophet ﷺ spent a night here. He prayed Aser, Maghrib, and Isha prayers at this mosque. 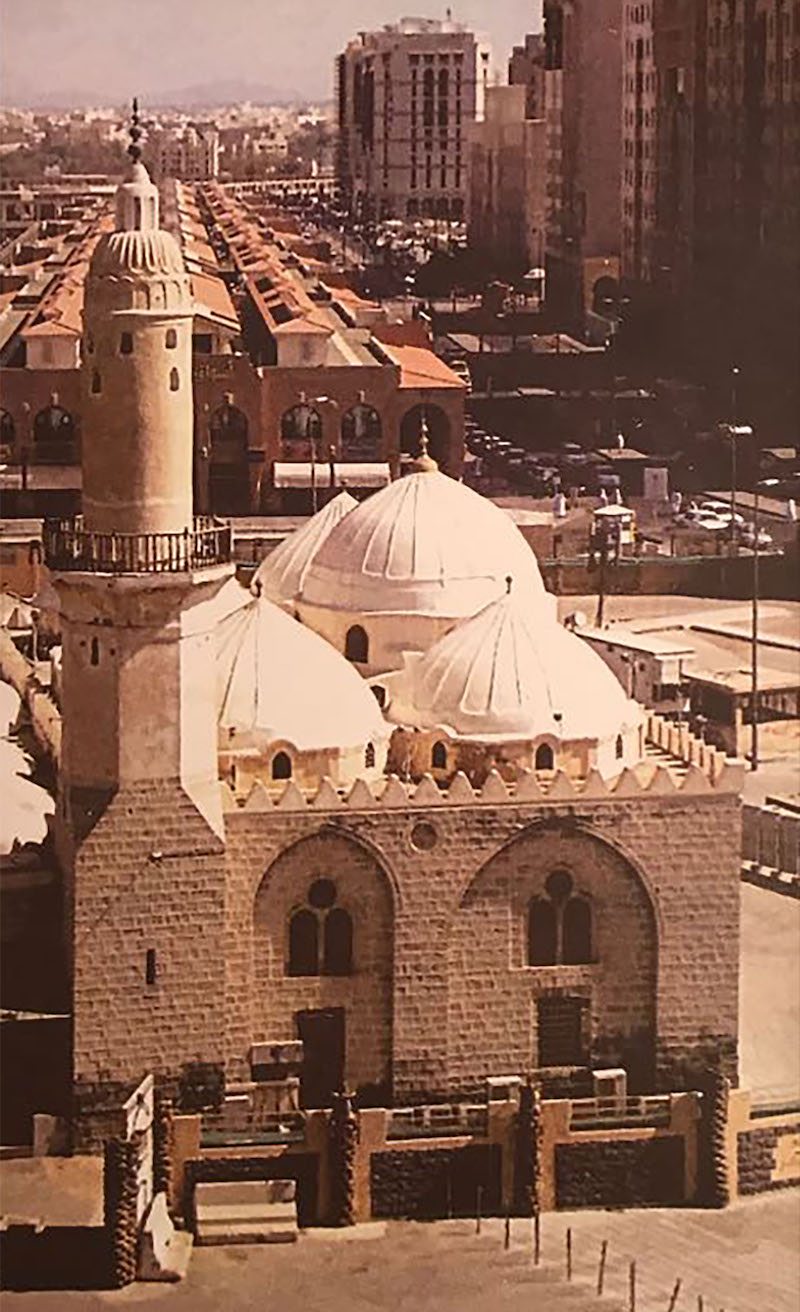 Al-Ghamama Mosque as it was in Ottoman rule 1861 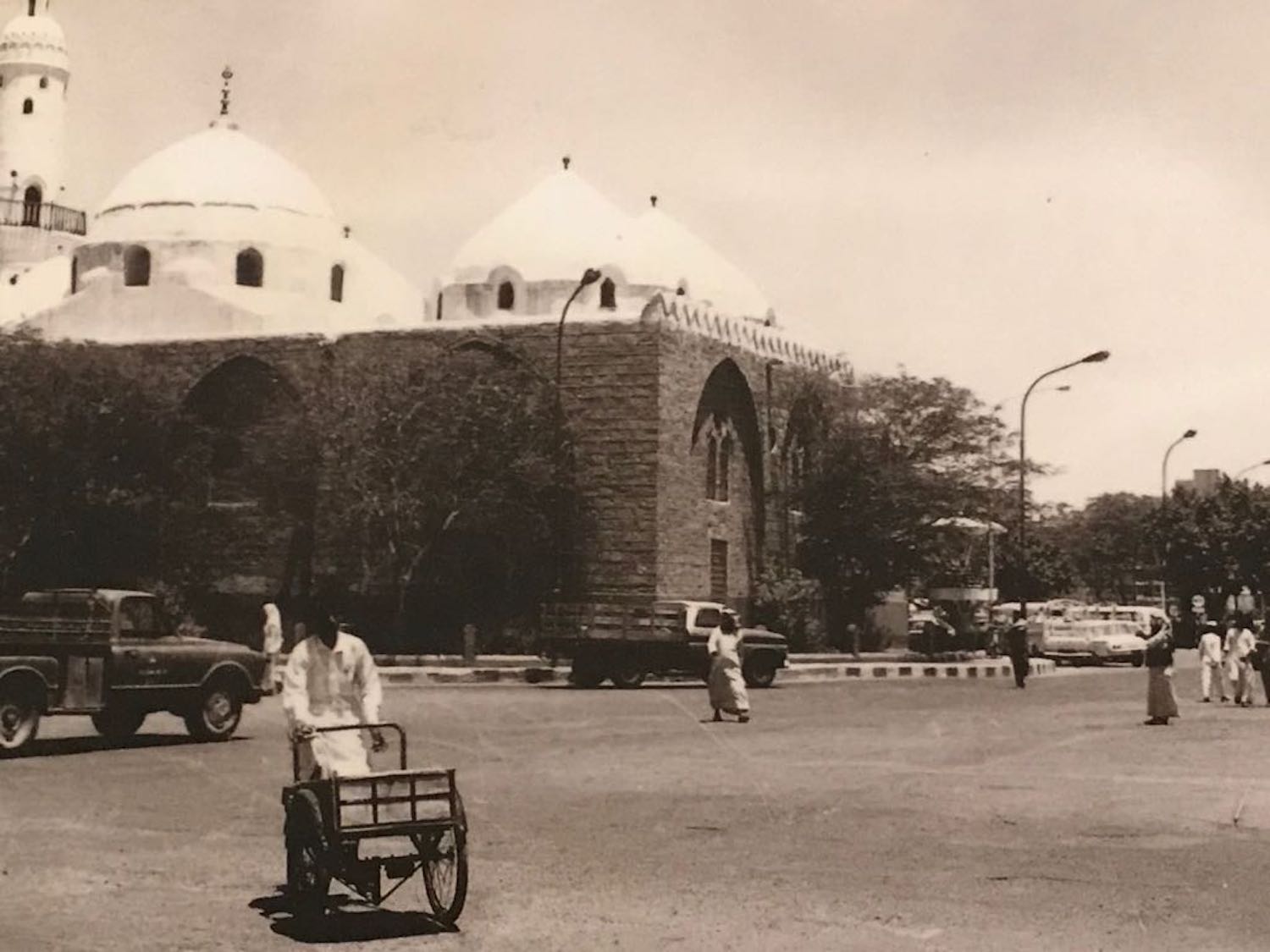 Al-Ghamama Mosque from another angle

Al-Ghamama Mosque, where the Prophet ﷺ, prayed for rain, and his prayer was granted before he ﷺ finished his second Rak'a (unit of prayer).

Some sources say its name Al-Shams Mosque came about as a result of its location high on a hill, and it being the first place on which the sun shone at sunrise.

The mosque is also known as the Banu Nadir Mosque, because it was located in a place where the Jewish tribe of Banu Nadir used to live.

It is also said that the verse that prohibits (alcohol) was revealed there were the Prophet ﷺ prayed often during the siege of Banu Nadir, and when some of the companions close by heard the news, they spilled the fadikh they were drinking right then and there. The mosque was renamed Al-Fadikh Mosque in reference to the exemplary compliance of the early muslims.

This is also a mosque where the Prophet ﷺ prayed Eid. It got its name because it was built by the Ottomans and was located within the soldier barracks close to Al-Anbariya gate.

Go back to THE PROPHET'S MOSQUE

Museums
Go back to home
The City